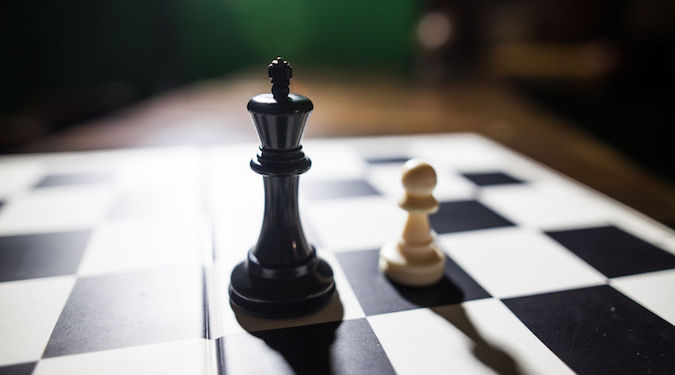 Talk of disruption is everywhere, but it’s not a new phenomenon. Rob Morrison says we shouldn’t be fearful, and offers six disruption insights uncovered over 30 years.

How much do Australians hate banks? Yet, with hundreds of other options, most of us stick solid. Why?

How much does the average Australian hate our former-government-owned, public-service-mentality phone company? And again, we all have lots of other options that are competitively priced, with far better service.

Yet market movement is minimal.

As human beings we are creatures of habit.

It got me thinking about the current tidal wave of disruption. It’s easy to imagine those in the disrupting companies are having a jolly old time. Poking fun at the traditional ways of working. Shouting derisions at the old ‘squares’ piling into and out of the office blocks of market leaders. Popping champagne as customers flock in.

Disrupting anything successfully is hard work. It takes determination. And persistence. And more than a little luck. Here’s six insights it’s taken me 30 years to
uncover.

With apologies to my friends in market research, success is simply unpredictable. As is failure. Henry Ford famously said “If I’d asked people what they wanted they’d have said ‘A faster horse.’ “ So when we’re trying to predict what will and what won’t work, I don’t believe in research.

I do believe in testing. Testing in the real world. With real market forces at play. With real consumers really putting their hand in their pockets. Because for every success there is an adjacent failure. For every Facebook there’s a Google+. For every Diet Coke there’s a iSnack 2.0. And for every Tesla there’s a Fisker.

Consider the fact our cities are being littered with eBikes – they’re being thrown in rivers, left up trees and generally dissed. Are share bikes a great idea? Of course. Will there be
a time when we share ‘everything’? Cars, homes, jobs, power tools? Will sharing be more widespread than owning? Probably. But clearly that time is not now.

Years ago I worked with ING Direct, a fantastic financial services disruptor. It had a game changing business model. It made a dent in the savings market with a product designed to complement rather than replace your current banking set up.

It had a loyal core of customers. Its communications were insight driven. But do you think it could then sell mortgages? Or an everyday account? Or rip people away from the big four bank they constantly complained about?

As soon as we got on the radar of the big four, the big four responded. And with deeper pockets.

It can still fail when your brand is much loved

If you’ve read Richard Branson’s Losing my Virginity you know the struggle he’s had to launch and keep his businesses afloat. He’s had almost as many failures as successes. Sure Virgin Records and Virgin Airlines are part of the global landscape, but Virgin Cola came and went. And Virgin Condoms. And Virgin Mobile and Virgin Money are both struggling after an initial splash.

There’s been a lot of talk about the arrival of Amazon on our friendly shores. Particularly given the often quoted stat that they own 43% of all online retail sales in the US. It’s true, they’re a national icon stateside. But equally, Amazon’s launch in Canada hardly raised a ripple. There, less than 5% of purchases went via Amazon. Yet those two markets couldn’t be more similar.

Success can be short lived

Even when you disrupt, someone can disrupt you. For 20 years the newspaper business in Australia was a licence to print money. And by far the biggest slab of that came from classifieds. Those tiny, sold by the word, mono spaces mainstream Australia used to sell cars and homes and pretty much everything else.

Cue Trading Post. Trading Post was a newspaper dedicated to classifieds – that’s all. No news. No sports. No weather. Just classifieds. It was so iconic it even featured in the iconic Australian film The Castle. Cue eBay. Photographs for no extra cost. Online auctions. Easy selling.

So what can we do about disruptors?

It’s time to be realistic about the disruption bubble. Sure, disruptors are a threat. But, like Chicken Little’s insistence that “The sky is falling. The sky is falling.” it’s easy to
get carried away. This is not the end of the world.

Will we all have to adapt? Sure.

Will we need to move faster and be more responsive? Of course.

But at the end of it all, the Australian consumer will decide what rises and what falls. And we all know how fickle they can be.