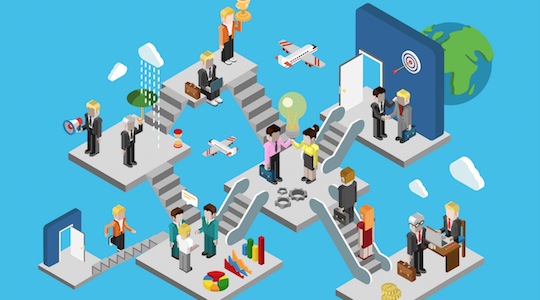 Welcome to our new regular wrap of news and announcements from the world of marketing technology. We’ll be covering things like CRM, DMPs, automation, analytics, content systems, social listening, ecommerce and more, as well as the occasional look-in for major consumer tech media happenings that have implications for marketers like mobile, wearables and other devices that make up the internet of things.

(We’re still deciding whether ad-tech fits here or in our Monday media wrap, but here might be some overlap while we figure it out.)

On to this week’s news…

We were at the Adobe Digital Marketing Symposium this week, the big annual event for Adobe Marketing Cloud, so there’s lots of news off the back of that.

Part of Adobe’s push into the public sector comes a report it commissioned from Deloitte looking into the economic benefits that might be achieved by greater adoption of digital technologies for transactions between citizens and governments. Already, 60% of the 800 million transactions with government agencies each year are done via digital channels, but the report suggests that if that figure can rise to 80% over the next decade it could realise benefits of $17.9 billion to governments and savings to consumers of money and time worth $8.7 billion.

Adobe also showed off its foray into shoppable video. It demoed a user-friendly authoring tool that slots into its existing Experience Manager product. For shoppable video, Adobe is focusing on consumer goods, hospitality and financial services brands. Shoppable video has been slow to take off in the same way video in general has, due to the ugliness of overlays, the awkwardness of clicking on moving targets, and the technical skills needed to create the videos. Adobe thinks it has solved those challenges and says that trials have seen uplifts in conversion of around 15%. The feature is being rolled out to Europe and the US in August with an Australian date yet to be announced.

From the partner (ie agencies) part of the conference, Adobe announced the winner of its Partner of the Year award, which lets Adobe recognise the agencies that use its suite of products well. The winner this year is BizTech Enterprise Solutions, with runners up Sapient and Tata Consulting Services.

Finally, Adobe’s VP of enterprise software did a live demo on stage in which he placed an image/animation file into a CMS and it immediately updated Coke’s billboard in Times Square, which was shown via a live video stream. A crowd-pleaser, that was.

As well as helping the Group’s global operations and marketing to ‘run simple’, SAP’s technology will be used to stream insights to fans drawn from sports wearable technology worn by players (which are now allowed by Fifa after being previously banned) to give stats such as distance covered, speed and intensity.

New research on DMPs by Econsultancy and Oracle Marketing Cloud

Oracle Marketing Cloud and Econsultancy have released a new research report with the headline “data management platforms are the key to the future of programmatic advertising”.

While that assertion won’t surprise anyone, the survey of 170 marketing and advertising execs quantified some things many are wondering. The international survey reports that two-thirds of respondents said DMPs had allowed them to successfully improve their advertising effectiveness through segmentation in ways that would be very difficult or impossible to extract or activate without a DMP.

Facebook has announced partnerships with data providers Acxiom, Experian and Quantium to allow advertisers to reach audiences based on user interests shown outside of Facebook.

The three partners will act as third party data providers sharing their knowledge of users across the web to power Facebook ad campaigns.

Australian marketers will “soon” have access to a feature of Facebook’s ad platform called ‘Partner Categories’ – packages of targeting clusters that allow advertisers to target more effectively based on interests.