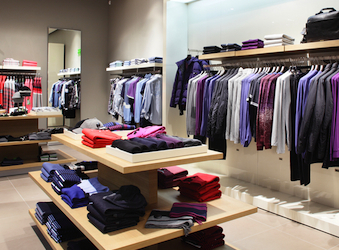 Remodelling retail stores can increase sales to some customers by nearly 50%, new research from Monash University has found.

New customers had much higher perceptions of the remodelled stores’ retail environments (including atmosphere and layout), service quality and customer satisfaction than existing customers. But the study found no difference in short-term behavioural intention.

Dagger recommended that managers view store remodelling as a strategic marketing investment rather than “a necessity to endure”.

“The in-store experience continues to have high relevance; retailers must keep their appearance modern, fresh and in line with that of competitors. The look, feel, and mood of a firm’s retail or service environment are unique and crafted purposefully to contribute to the brand and ultimately, its profitability,” she said.

On average, retailers remodel their stores every seven to 10 years.

The researchers collected information at two different retail stores before and after remodels in order to draw their conclusions.

Study one looked at an equipment retailer and service provider in a worldwide industry worth $100 billion annually. Its store remodel involved moving the retail servicescape into a previously unused area of the store including opening the store via a different door. It took about one month to complete.

Before the remodel, immediately afterwards and 12 months afterwards, customers to the store were given surveys to complete either in-store or return via postage paid envelope. 1666 customers were surveyed.

The study two looked at a large department store in a shopping mall of a major metropolitan city, with combined annual sales of more than $3 billion. This store’s remodel was much more significant than the first, as was its data collection method.

The study also compared another of the retailer’s stores as a control store, since the remodel caused significant disruption to the store during the eight months, and to account for external factors including seasonality, advertising and promotions. The control store was in a similar suburb, of a similar outdated condition, with similar products, sales and customers.

Rather than handing out surveys to collect a sample, the study used data from the retailer’s loyalty program, of which 70% of customers are a member, to collect a census of all transactions 12 at both the treatment and control stores for 12 months before remodelling, eight months during and 12 months after (May 2010 to December 2012).