Secrets and lies – marketing to an authenticity-obsessed Australia

Secrets and lies – marketing to an authenticity-obsessed Australia

This week WPP AUNZ releases its annual thought leadership report, ‘Secrets and Lies’, highlighting a culture of habitual lying and keeping of secrets. According to the report, despite priding ourselves on being genuine and authentic, 49% of Australians admit to regularly misrepresenting themselves and 52% have told lies at work.

Chief strategy officer for WPP AUNZ Rose Herceg says this report offers an opportunity for marketers to appeal to the Australian in new and subversive ways. In an industry obsessed with forced authenticity and meticulous brand image management, Herceg wonders if marketers have lost their license for truly imaginative thinking.

Marketing caught up with Herceg to learn more about the ‘Secrets and Lies’ report, what is keeping the Australian consumer awake at night and diet companies offering cheat meals.

Marketing: Why is this report significant to marketers? 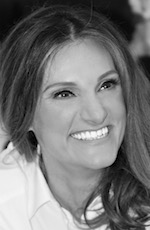 Rose Herceg, chief strategy officer, WPP AUNZ: A little bit of discomfort isn’t necessarily a bad thing. Marketing is all about looking beyond the surface, looking at the cracks. I don’t think there is necessarily anything wrong with looking at our nation and recognising that we all lie and we all keep secrets – and there’s some very good reasons for that.

Not for one second do I want to suggest that we’re a nation of liars and that there’s something really broken about us. But for all of humanity, we are all layered and complicated and complex and flawed. It’s in those flaws that marketers can make money, there’s a lot of opportunity and plenty of magic in the cracks.

For marketers using some of those established marketing principles, I think it’s time we looked at those principles and blew them wide open. Let’s look at some of those myths and perhaps consider that there’s a better way of doing things.

One of the examples that I use in the report is: there is not a marketing textbook in the world that doesn’t tell you that you should be very, very single minded in your approach to marketing – that is the only way of being.

Absolutely, you should be single minded in your brand’s purpose, vision and mission, but you can also have a lot of fun with brand personality and brand tone.

A lot of our marketers stick to that hard and fast rule about singularity, but I think polarity and contradiction aren’t dangerous. It’s in the fringes, it’s in the contradictions that there’s a lot of opportunity for marketers.

Brands can be very surprising and very charming if they look at their personality and they have a bit of a play with it – because even as individuals, none of us is the same person every single day.

Have you seen an example of this principle that already exists in the market?

I don’t think there are very many, a lot of companies are hard and fast on their personality and their tone of voice – and that doesn’t tend to change very much.

One of the examples I use is health food brands: companies like Jenny Craig, Weight Watchers or Light and Easy. Wouldn’t it be interesting if they developed a high-fat range of foods. High in calories, very delicious and very decadent for cheat days – which is in fact one of the ways people can stay on the straight and narrow, by eating well for five or six days of the week and giving themselves an occasional day off.

That’s quite polar in what those brands stand for, their personalities are very much about staying on the straight and narrow and being very loyal to the notion of losing weight. But if they were to do something like that, their personality would become very playful, and it would be very charming and quite cheeky.

I wouldn’t say a Jenny Craig, Weight Watchers or Light and Easy, right now, is a cheeky brand.

I haven’t seen a lot of examples around the world where companies really play and manipulate and have contradictory personalities.

The report contends that authenticity can sometimes get in the way of imagination, fantasy and ambition. Is the industry’s current obsession with authenticity unhealthy?

You, Josh – as much as anybody else – have probably read the word ‘authenticity’ about a million times this year. You’ve probably written the word a million times in your magazine. It’s terrific that all of our organisations want to be authentic and true to their spirit, that’s great.

If we look at companies that dream big, for example SpaceX and Elon Musk, they set these incredibly lofty ambitions for getting to space, and maybe they’ll get there and maybe they’ll colonise space and you and I can catch rocket and go to space for a holiday.

Or maybe they’ll never get there. The point is, that is a big dream. I look at that ambition and say, ‘wouldn’t that be incredible if they would just set a goal and did something that was really fantastic and imaginative and got people really excited.’

Do ambition and authenticity have to be mutually exclusive?

Not at all. We can absolutely be authentic when it’s necessary and required, but not to the exclusion of the ambition.

I think that companies are so focused on authenticity that they’ve forgotten that there is something golden about ambition, imagination and lofty goals. Every company should have both, but there seems to be a lot of people worrying about authenticity, and hardly anybody worrying about the big ambition.

What would a campaign that capitalises on misrepresentation, secrecy and insecurity look like?

It would be interesting if a campaign recognised that we all tell lies from time to time, we all keep secrets and that isn’t necessarily a bad thing. For example, a wild idea: wouldn’t it be interesting if Facebook, as the arbiter of getting people to disclose and give up some of their privacy, was to run a campaign saying, ‘there are some things that you should keep private.’

Things about relationships that should be private, that shouldn’t necessarily be for public consumption. Wouldn’t it be interesting if the most public brand in the world that is all about community, connection and sharing actually said: ‘Be very thoughtful about what you post, because some things are meant to be private.

‘There is a very good reason many things are kept private, not everything in life should be public.

‘Think before you speak. Think before you post.’ – If Facebook actually ran a campaign like that, I think there would be an incredible amount of dignity restored to that brand, and maybe people might use it less, but they would use it more deliberately, more thoughtfully, more carefully and also more kindly.

There’s plenty of young people posting pictures of themselves in compromising situations, which perhaps is a good idea when you’re 18, but no so much when you turn 25.

How do you see this culture evolving, particularly in Australia?

As a nation it would be fantastic to give people the permission to tell the truth.

Let’s say that you and I were meant to have dinner tonight and I’m not feeling up to it for whatever reason – I’ve had a terrible day, I’m just not at my best – wouldn’t it be nice if I could ring you up and just say, ‘Look Josh, I’m just not at my best today, I’m not good company and I just need to spend some time on my own.’ Rather than lie to you and say, ‘I’ve got to work late tonight’.

We have to teach our children at work and at school that it’s okay to tell the truth kindly and respectfully. We are a little bit afraid of hurting people’s feelings. Lot’s of lies are told because we’re just not that good at telling the truth well or kindly.

Brands could lead the way on this. Wouldn’t it be great if there was a really gutsy telco, bank or retailer that did a campaign on truth telling, truth told kindly. It would be healthy for our friendships. If we were great mates, hopefully you would have respect for me and our friendship is strong enough that you could say to me, ‘I totally get it, let’s catch up next week when you’re feeling like yourself again.’