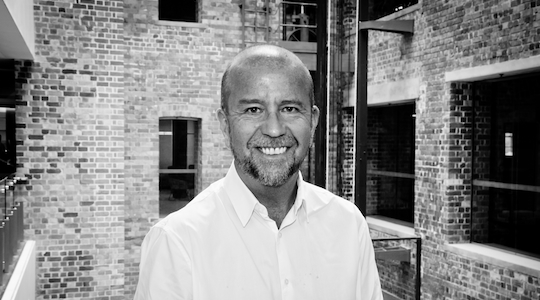 Andrew Davenport, The White Agency managing director, lets us in on his week’s activities at South By Southwest 2015 in Austin, Texas.

Day One: Businesses rarely eat themselves

So here we are again and we are good to go on our divide and conquer mission to see even more content than previous years. I’ve been coaching the White contingent on how to get the most out of the festival: ‘be flexible and be zen’; roll with the chaos and enjoy the ride. I like the reminder that SXSW is about the community to which White belongs. And the encouragement to interact and interconnect with the people we meet here to learn as much as we can.

The first session: What is a brand now anyway?

The panel was challenged with the question, ‘Is it possible that the positioning statement for brands is too one dimensional?’ The answer was a resounding ‘Yes’; it doesn’t work in today’s consumer experience framework. Brands are about the experience and the experience needs narrative.

7-Eleven, TD bank and Mazda all talked about their new view of brand and how their online strategies are driving their brands in 2015. Loved it! It spoke to the heart of the White belief systems and what we are trying to do every day delivering better and better online experiences… and the challenges in doing that inside the client business.

I saw two content panels, both of which felt like 2006 to me but I guess that’s the US where the innate competitiveness of a 300m consumer market keeps the advertising and media market very busy with product and service launches.

‘How do brands use the technology and data that exists to go faster and change?’ was the question. ‘Hire people who love doing what they do and let them do it’ is kind of the simple answer. Carve off media waste and give it to test and learn. Set different KPI’s.

Data scientist and managers must do actionable insights, so everyone is looking for data unicorns. The holy grail is value of time spent for the consumer. I love this term and the challenge it bring to clients and agencies.

The data is already there, it’s just not organised. We can all make more money with less ads. I love this too!

Digital disruption do or die

Just how do we innovate and disrupt? This was a really good session with a great panel.

Innovation was defined as the game-changing realisation of value from a new solution to a problem. That’s innovation separated out from a creative idea. Channel Jerry Maguire: “Show me the money”.

Digital disruption was described separately as displacing an existing market or technology and producing new and worthwhile solutions/products/services. It’s easy to see why creative agencies confuse the two.

Once again South By is encouraging us all to think about incremental innovation, not disruption. Think about matching up supply and demand and ask the question as to why that can’t be done. On demand services are skyrocketing globally, such as Hoteltonight.com, Taskrabbit.com and Talkspace.com.

In New York there’s crowd-sourced ambulance response service growing. I don’t know about you but I actually don’t want an enthusiastic amateur giving me the kiss of life until an ambulance arrives – well not unless they’re very good looking.

Decentralization is at the core of what’s happening. I totally agree that’s the key shift underway with a lot of these trends but there’s a warning that regulatory demands will interrupt the disruption space. They will say it’s for safety but it will be driven by lost taxes. We will see.

There was also nice content on why organizations find it so hard to innovate and disrupt themselves. New entrants pick the fat in a market and go right after it. Incumbents struggle to innovate because businesses rarely eat themselves. And there was agreement with my personal belief that you’re doing it wrong if you’ve got an innovation department. It’s so much deeper than that. It’s about the people; specifically the curiosity in the people and how you support and organise for that so it’s cultural.

I also like the internal challenge of how do you disrupt inside the business and the advice to flood the board with credible academic papers and ask them the question, ‘What’s the strategy to disrupt ourselves?’ Or ask the question ‘Who can tell me we aren’t susceptible?’

Some things I learned today:

Day Two: It’s not going to be a super remote control

So last night’s dancing showed in the apartment this morning. A quieter start to the day!

One of those days when breakfast is a hurried bite and a panicked selection of what to see. At least eight options in each time slot. This is the ultimate South By frustration. So much content that you have to miss.

Another South By frustration is going to sessions where the name misleads you. You would imagine that ‘Wearable ads: Marketing an Internet of things’ and ‘The Internet of Things: endless possibilities, real world questions’ were going to be spectacular, eh? Well no. Not quite.

In the first session, Hyundai, Adidas and Discover (US finance brand) basically covered the fact that they are moving beyond advertising and examining the role of technology across the product development and customer experience lifecycle.

From a customer viewpoint that’s perfect. Then he had to go and spoil it by saying, “We just have to figure out how to weave our communications through it!”

Now, the Internet of Things fascinates and bothers me in equal measure. Connected light bulbs just aren’t an itch I’m needing to scratch. But it’s all here folks already. I get that we will head to a totally connected home and that there are enormous benefits. Just not feeling it right now personally.

And, as the clever man pointed out, we have a long way to go on standards. The complexity of the service layer is being discussed as being resolved by:

Wearables might be the way to manage it, and judging by some of the app extensions into these, there is either money being bet on significant adoption, or tech is now so important to the brand perception it doesn’t seem to matter.

As the internet grows it has to be about humans. There’s more technology than ever, but we need it to be needs-based and about removing friction and giving time back, not to be about technology.

I spent 15 minutes with Princess Reema of Saudi Arabia who was championing women’s rights in her homeland. Very impressive speaking, and launching 10KSA.com (look it up and send some support, folks).

Design Sprint by Google was interesting for the passion and the funds that allow you to design, and the breadth and excitement of the work that they are currently doing.

They work like we do now and they develop the methodology as they go along. They’ve launched a shared playbook here.

I pushed through an AI demonstration with lots of young folk chanting, “AI, we say ‘why’” and “You say robots we say no bots”. Weird, but there was lots of camera action around them so I’m guessing there was some kind of orchestration at play for some purpose.

And with that ends another long day. My head is full of stuff, and a margarita calls.