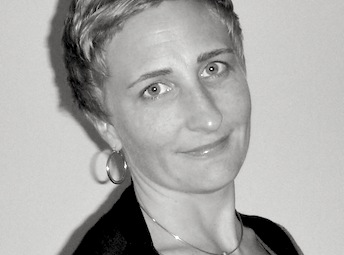 The Australian Federal Government has successfully withstood a High Court challenge on the constitutional legitimacy of plain packaging legislation. So with help from the field of behavioural economics, let’s now look at the behavioural legitimacy of the decision to ban all branding from tobacco packaging.

Behavioural economics is a field of study that starts with the proposition that we are all prone to make decisions that are not always in our own best interest. We sign up to gyms we don’t attend, we buy things we don’t need because they’re on sale, we volunteer our time to causes, we drive further to get four cents off a litre of petrol… we do things that an economist would say are just not rational. And smoking, something that uncontrovertibly poses a significant health risk (not to mention is very expensive), is well and truly in the irrational bucket.

Three things to be behaviourally effective

For something to be behaviourally effective – in this case getting the target to not take up smoking – there are generally three things you need to do:

1. Will plain packaging make it hard to take up smoking?

Behavioural economics affirms that we are programmed to find the path of least resistance. For example, having your phone with you all the time invariably means you will check your email and social networks more often. Creating a barrier to access by leaving your phone in the other room however will reduce the likelihood of incessant checking.

And so it is with smoking. There are two parts to making it hard to take up smoking.

a. Overwhelm with undifferentiated choice

Known as the ‘choice paradox’, as consumers we seek to have an array of choice only to be overwhelmed by it when it comes to the crunch. Insurance, banking and superannuation are salient examples.

Plain packaging will play a role in confusing consumer choice. Where once a smoker could easily identify their preferred brand by the packet’s colour and logo, removal of such mnemonic devices will inhibit the ease of recall and selection. This is particularly so with an inexperienced smoker who may still be in the impulse rather than addictive phase.

Making access to cigarettes more difficult is key to reducing use. Age restrictions, requiring ID, and now having the product locked away in cupboards behind counters are great strategies to interfere with ease of access.

In this regard, plain packaging in unlikely to have any incremental impact. Since the introduction of mandated cupboards, branding has been hidden from view and so the smoker has had to ask the shop assistant to find the product. While it may slow down the attendant, plain package or branded, the sale will proceed.

We are enormously influenced by what others do. Known as ‘herding’, ‘social norming’ or ‘band wagoning’, we tend to stay with the pack most of the time.  While we each like to think we are above average (and studies have shown that more people rate themselves an above-average driver than 50% of the population!) most of our behaviour is about adopting what is the societal norm.  Hence so many have joined Facebook and LinkedIn – check out the daily commuter cycle if you don’t believe me.

Smoking has undeniably been moved into the ‘less acceptable’ than ‘acceptable’ category, and the TV show Mad Men with its constant puffing attests to how far we’ve come in a couple of generations.

Will plain packaging increase the level of social unacceptability? No. For this to happen, we instead need to rely on continued efforts. First, the separation of areas in which people can smoke so that it is undesirable to leave the gang to go and have a cigarette. And second, society has to continue to stigmatise smoking – that means not giving it credibility in films, for example.

Each of us has a sense of who we are and spends most of our time subconsciously assessing the world for how it fits with our self belief. When something doesn’t reconcile between how we see ourselves and our behaviour, we experience a psychological tension called ‘cognitive dissonance’. Because this state is uncomfortable, we do a few things to rebalance.

When confronted with information that we don’t like, we tend to ignore it. If you find yourselves switching off from Transport Accident Commission ads or avoiding doctor’s appointments, you’ll know what I mean. This is the trap the current grotesque ads on cigarette packets fall into – smokers simply ignore the ad.

Distort the new information to fit our self view

Ever sat in a meeting and had two people form completely opposing views on the basis of the same information? Chances are they have simply filtered it through their own internal narrative to make sense of how it fits with their existing ideas.

Modify our behaviour to fit

Least likely but possible, we can modify our behaviour if it is out of whack with how we are or want to be. Hello diets, hello gym.

The government will be hoping that plain packaging will encourage smokers (or pre-smokers) to modify their behaviour because there is no longer a brand to use as an expression of self-identity. However, I think this horse bolted when tobacco advertising was strangled years ago, and now the bigger identity at play is as a ‘smoker’, not as an ‘XYZ brand smoker’. In that respect, plain packaging will not adversely impact self identity because it’s the act of smoking that is the identity, not the brand.

Further, a probable scenario is that those who smoke will see plain packaging as a brutal attempt to thwart their freedom to choose rather than an act of good intent. This will likely incite anger and result in a recommitment to identifying as a rebel/individual/outsider.

So will plain packaging work?

Will it work? As a behaviourally strategy on its own, plain packaging has some shortcomings. Tobacco is an addictive product so the fact that a smoker’s preferred brand is now in an unbranded packet will not be enough to have them quit. But for people at the point of considering smoking, it may at least create brand confusion and limit any residual halo effect the brands may have.  The great thing is that plain packaging is not a strategy on its own, and when viewed in the context of tobacco pricing, Quit campaigns, limits on product availability and restrictions on use, we can at least be sure that every opportunity to eradicate smoking is being considered.