Using neuroscience to pinpoint ‘a-ha’ moments for your brand

Using neuroscience to pinpoint ‘a-ha’ moments for your brand

Marketing speaks with Deepak Varma, Kantar’s global head of neuroscience, about the powerful marketing insights his practice is revealing.

With a passion for evangelising the use of consumer neuroscience in marketing, Deepak Varma, Kantar’s global head of neuroscience, has experience in measuring the deep subconscious in the areas of advertising, packaging, product and shopper solutions. He also has more than 15 years experience in traditional qualitative and quantitative marketing research technologies.

For the past 10 years, he has worked on various techniques related to neuroscience from electroencephalogram (EEG), facial coding and more. Varma shares his passion for the subject with Marketing

Marketing: What does neuroscience research in marketing entail? EEG, facial recognition, eye tracking. Are they the main tools? 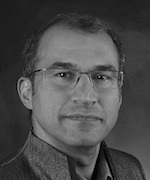 Deepak Varma, Kantar global head of neuroscience: To understand how the brain functions, there’s a lot more than just tools. There is so much neuroscience literature on how the brain actually functions. The one fundamental thing to understand is that there are two different systems in the brain. They are independent of each other.

There was no way in which we could measure system one. Today, there have been so many advancements across various techniques. EEG and facial coding, I would say, are the primary tools being used.

The one which is becoming the most popular for ease of scale and access is facial coding. You can actually see it in your iPhone X today – the use of your facial signature, which many consider is more accurate than a fingerprint.

The data and information from these tools. How is this defined as neuroscience, as opposed to behavioural responses to physical cues? What’s the difference?

When looking at responses to advertising with facial coding, it actually gives a moment-by-moment reaction of the experience one’s having with the stimulus. How they are reacting to each moment of the ad, and how emotionally engaged they are.

Instead of observing behaviour of somebody after showing them an ad and making them choose a particular brand, by understanding the moment-by-moment reactions, you can do several things.

Certain messages can be recorded in implicit memory which you may not be able to recall. But if I know those specific moments which were engaging, even though they may not be recalled, I can activate implicit memory.

We can use several other tools as well to understand what your instinctive reactions to a brand are. This is very different than observing behaviour because – yes, there are behavioural measures and you can integrate all that information – but I think the important part is to be able to comprehensively measure both system one and system two. Where system two is measured by a survey, system one is measured through these tools of neuroscience, using either facial coding or things like intuitive associations.

What it allows you finally to do is get a comprehensive view of the brain, in terms of how the brain actually makes decisions.

What interesting insights is it revealing in advertising, packaging and branding? Any pointers or tips that you can offer from these revelations?

I’ll give you a very interesting example of something we call a system one reaction.

When you lift a bottle, open a bottle and start drinking it, or when you pick up a sandwich and you start to eat it? If somebody’s observing you, their mirror neurons automatically start to fire. This is a system one reaction, which means you have absolutely no control over it. That’s why, when you observe somebody drinking a cup of coffee, you actually start to feel like having that cup of coffee yourself.

Clients actually need to decide how to activate people’s mirror neurons and also create a very unique signature of consumption.

I’ll ask you a question. If you take a cookie and dunk it in milk, which brand do you think of? Oreos. Exactly. Because Oreos own that signature. Likewise, if you take a chocolate stick and you break it, you think of Kit Kat.

Those are very unique own-able signatures, and not too many brands actually have those unique moments where you can identify a brand with a signature.

What we have seen with facial coding – literally across cultures, I’ve done this for so many brands and ads – is people smiling a lot when shown those specific scenes.

If you ask them a question, some of them may not even recall certain elements of the scene. But because you are firing people’s mirror neurons, they will start automatically like those things. We see that reaction coming out in facial coding.

That is one example in which can actually leverage neuroscience in advertising to get – I would say – an ‘a-ha moment’ for your brand.

You have experience with traditional market research. In what ways do those skills and your neuroscience study complement one another other? How do you marry them in together?

There are two parts to it.

At a very high conceptual level, the traditional technique will give you stated data. What people have thought of on a rational basis. The neuroscience techniques, like facial coding, will give you moment-by-moment reactions. Then, we have to figure a way to marry these two.

How do you integrate system one and system two data, which is neuroscience and traditional or survey data? How do you bring them together?

If your facial coding is showing that people are emoting a lot to the ad, and people basically say that they like the ad, you’re actually in a pretty good space. Think of four boxes. That’s the top right box.

Conversely, you may have an ad for which people are emoting a lot, but say they did not like it or they did not find it relevant.

Because of my experience in this, we could actually create a framework where you could marry both of the systems. One of the biggest things KMB has done is integrated an expressiveness score from facial coding into its engagement metrics, which is awareness index metrics. Therefore, it is a true integration of both system one and system two to come up with a much more comprehensive score.

That, to me is the way. That’s the future, you have to be measuring both the systems, and you will need to find a way to integrate both of them.