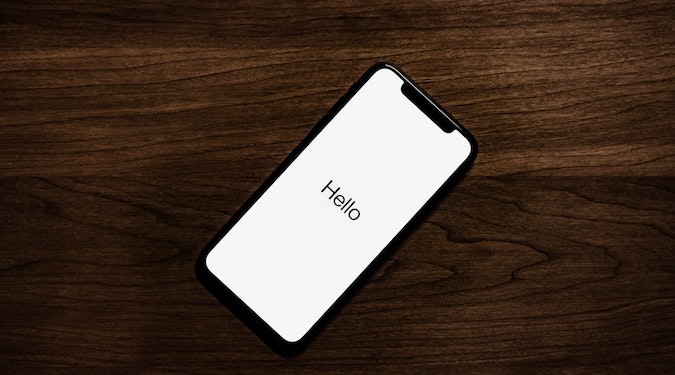 Apple has done another transparency update. Sabri Suby looks at how this impacts digital marketers.

In April 2021, Apple made an announcement on privacy. This smashed headlong into the way digital marketers track, plan and prove return on investment (ROI) for their campaigns. The App Tracking Transparency update meant that unless iPhone users dig through their settings menu and actively choose to allow third-party tracking, it’ll be set to ‘denied’ as the default.

What are the changes?

Data from app analytics firm Flurry around Apple’s App Tracking Transparency update has revealed that 96 percent of iPhone users in the US have opted out of app tracking on iOS 14.5. It’s a similar story here in Australia. Considering they have to actively make a choice to turn tracking on, it’s not a surprise that most users either don’t even know about the option or have chosen to leave it squarely set to ‘off’.

The iOS 15 update, which is currently in beta, has taken things even further with updates to mail and app privacy. Mail Privacy Protection stops invisible pixels being used to collect information about the user, preventing senders from knowing when they open an email and masking their IP address so it can’t be linked to other online activity or used to determine their location.

What has it previously tracked?

App Privacy Report lets users see how often each app has used the permission they’ve previously granted to access their location, photos, camera, microphone and contacts during the past seven days.

It’s worth noting that for all its claims of privacy, Apple devices are some of the most intrusive in the world. Just go to Settings > Privacy > Location Services > System Services > Significant Locations on your iPhone to see a list of every single place you’ve ever been. This is complete with what time you arrived, how you got there and how long you were there. When billions of Apple users are sharing their private encrypted details one-on-one with Apple, that’s a hell of a lot of data in one Apple basket.

What will that mean for marketers?

Whatever Apple’s true intentions regarding privacy, some of the new updates mean that anyone with an Apple mobile device using iOS 14.5 and up can no longer be tracked via third-party tracking, meaning it’s impossible to find out how effective different ads are. Unsurprisingly, this is a big problem for marketers.

Ever since Apple announced the major changes back in April, digital marketers have been facing a problem: how do we prove ROI if we can’t track mobile users? And should brands continue to spend money on ads that they can’t measure?

How do you know what marketing is effective without tracking? As we head into a tricky period where marketers are still figuring out Apple’s tracking ban, marketers need to change their mindset until the dust settles on Apple’s new privacy settings.

Facebook has previously relied on its granularity on its audience insights. This includes the ability to track which audiences, demographics and interests are going to convert into leads and sales. Someone click on an ad would previously lead the marketer to be able to see whether that ad led to a sale or a lead.

Facebook’s traffic is 80 percent from a mobile device – more than half of that coming from Apple devices. But with the latest update, tracking this large chunk of audience is no longer possible. Now, when you click on a Facebook ad through the app on a device running iOS 14.5 or above, that lead gets sucked into a black hole. No more tracking, no ability to see which ads led to which sales.

It’s not just marketers and brands at risk: the shift will heavily impact Facebook’s business model until they find a way around it. Facebook is relying on people utilising their Conversation API (CAPI). However, this isn’t a perfect solution just yet.

Facebook will eventually figure out a workaround, but until it does, we’re all stuck in the wilderness without a gun.

What’s the solution for marketers?

Thankfully, there are a bunch of different reporting tools out there to close the loop on the conversion data, without relying on a Facebook pixel. Marketers are able to see where that person first came from, and originate that user back to their first transaction.

Marketers shouldn’t be surprised by these changes – adapting to ever-changing technology is simply the job of any good digital marketer. With Google’s ban on third-party cookies scheduled for 2023, there are even more challenges around the corner. It’s all about survival of the fittest.

The best way to strengthen a brand against these changes is to invest in the things that you can control. As a marketer, the job should be to funnel everyone from social media and get them on email and text message lists. These are platforms that can be controlled.

As has been seen time and time again, the tech giants will do what they want, when they want. For marketers, it’s the job to be prepared, and win back control.

Sabri Suby is the founder of marketing agency King Kong.

Tags:
Previous Article
How marketers capitalised on the Facebook outage
Next Article
The future of TV campaigns is a measurable one