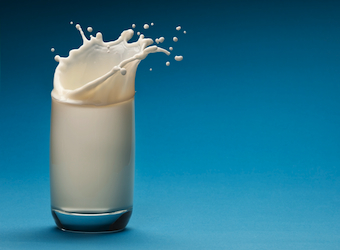 With ever growing numbers of health scandals rocking the Chinese food industry over the past ten years, more and more Chinese consumers are looking elsewhere for the guarantee of healthy and safe produce. Welcome to the era of ecommerce grocery shopping.

Food safety has been a primary concern to the Chinese public following numerous health and food scandals hitting headlines in recent years. The first of these major scandals to emerge was the 2008 milk scandal. Batches of milk were contaminated with melamine, a carcinogenic toxin, killing six babies and making thousands more sick. The Chinese dairy industry has never fully recovered and many mothers now only buy imported milk for their babies. In 2011, another milk scandal further rocked the industry when it was discovered that milk had been adulterated with leather hydrolysed protein, which has a similar effect to melamine. The protein was used to make the milk appear higher in protein than it actually is, enabling the milk to be sold at a higher price. What further shocked consumers was the potential that this had been detected as early as 2009, only one year after the initial milk scandal. As a result China closed half of its dairies in a bid to improve the industry.

Cases continue to emerge, including the most recent rotten meat scandal which involved franchises such as KFC, McDonalds, and Pizza Hut. These scandals have deteriorated the Chinese public’s trust in local food producers and forced them to look for alternative suppliers.

This growing demand has been recognised in the organic food market and highlighted in a recent trade agreement between Australia and China. This agreement is one of the biggest initiatives launched by the Australian organics industry and is expected to generate an income boost of up to $100 million and will offer considerable time and cost benefits to local producers. Prior to this agreement shipment of milk between Australia and China was nearly impossible as the milk would have passed its shelf life by the time it completed the long journey through Chinese customs and border control. Now milk can get from Australia to Chinese supermarkets in seven days. By the end of this year industry experts predict that Australia will be able to import fifty times more milk each month.

As the middle class, more and more Chinese citizens are able to afford imported goods and an increasing number are shopping online for the guarantee of healthier food options. By 2022 it is predicted that 75% of China’s population will be middle class. Chinese consumers are one of the largest contributors to the retail market with many of them enjoying to spend their money on luxury brands as a signifier of wealth and status. This is good news for the Australian dairy and fresh food market as it means there is an ever growing overseas market for their now easy to transport produce.

A key way to tap into this thriving market share is through social media. With over 600 million internet users a key way to gain the attention of Chinese consumers is though social media. Rather unsurprisingly, an increasing number of Chinese consumers are shopping online for their produce as the source of the products sold is easily traced and they feel greater comfort and trust in the products being sold online. The produce bought through the Internet is also primarily received directly from farms and is incredibly fresh and high quality. All of these consumers, many of whom have social media accounts can easily be interacted with through the platform. This will not only strengthen the brand loyalty Chinese citizens have to Australian milk but will enable good customer relations as clients will feel more directly connected with the brand and feel more valued when the brand has taken an interest and is putting time into social media.

So while the new agreement that will see Australian milk on Chinese supermarket shelves is certainly a major success for the dairy, it is by no means a reason to slow down but rather speed up and quickly connect to this new market online.