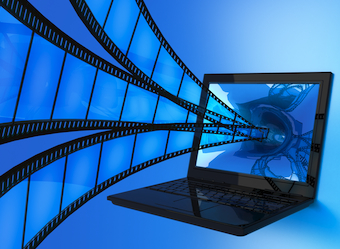 In Australian media news this week, two reports show the massive increase in online video viewing over the past 12 months – from IAB Australia and Adap.tv, and from Adobe. Yahoo7 launches a new Ad Exchange, The Guardian’s Australian site helps it to surpass the New York Times in unique viewers, and the commercial TV networks spend a record amount on Australian content.

Video advertising grew by 78% last financial year, according to the second annual State of the Video Industry Report released by IAB Australia and Adap.tv.

The survey included more than 130 digital advertising media professionals from both the buying and selling sides. Other findings include:

TV viewing across devices has grown 388% in the past year, according to the Adobe Digital Index.

The report’s findings are based on anonymous data from Adobe Marketing Cloud and Adobe Primetime. Other key year-on-year increases include:

Yahoo7 has launched a new Ad Exchange platform to increase targeting and optimisation capabilities and improve efficiencies for advertisers on its Yahoo7 and Yahoo New Zealand platforms.

Foxtel, Cadreon, Accuen and Vivaki are among the new platform’s launch partners.

The new service will use Yahoo Right Media technology to determine the most relevant and engaging ad placements across desktop, mobile and tablet.

The Guardian grows to worlds second most popular online newspaper

The Guardian is partly attributing its growth to the world’s second most popular English-language newspaper website to its success in the Australian market.

Last month The Guardian passed the New York Times to reach the number two position, with 42.6 million unique visitors worldwide, according to the latest comScore report on desktop web usage.

The Guardian’s Australian unique audience figures have increased by 76% to 1.93 million since its May 2013 launch.

Commercial free-to-air broadcasters have increased their investment in Australian content by 11.6% to a record $1.54 billion in 12 months to June 2014.

79% of networks’ total spend is on Australian content, according to Free TV Australia.

Networks are also over-delivering on their 55% Australian content quota, showing an average of 64.3% on their main channels.