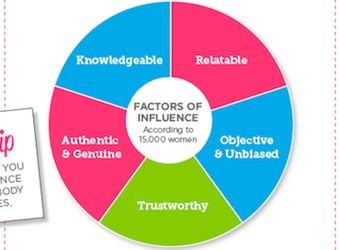 In Australian media news this week, the news of the federal government’s budget cuts to public broadcasters ABC and SBS has made waves – ABC has announced it’s cutting 400 jobs and SBS is vying for a legislative change to allow it to adjust its advertising model. The Newspaper Works and Publisher’s Internationalé have launched online advertising exchange Bid on Print, NewsLifeMedia will bring Russian-language fashion site Buro247 to Australian audiences, two experienced media men have launched a cloud-based video editing start-up, and Mamamia Women’s Network has announced results of its research into 15,000 women.

ABC announces 10% of jobs will be cut

ABC managing director Mark Scott has announced 400 people – 10% of its staff – will be let go in response to the federal government’s $254 million funding cut.

10% of the job cuts will be management positions including state and territory directors.

Lateline reporter Jason Om tweeted that 300 of the 400 job losses will be effective immediately.

Some of the other structural changes The Guardian is reporting include:

Programming changes will include:

The Newspaper Works and Publisher’s Internationalé have launched Bid on Print, a newspaper advertising online exchange.

The print trading exchange, which is not programmatic or real-time, allows media buyers to bid for and book inventory in more than 140 newspaper titles online.

Buyers select inventory, apply a floor price, set a timeline within which the ad must be bought, and then the program starts a bidding process, awarding the ad to the bidder with the highest offer.

Buyers also have the option to choose to ‘buy now’.

Bid on Print comes as no cost to media agencies, which can gain access following an application process.

In initial trials, the service has transacted more than $350,000 worth of inventory.

NewsLifeMedia has announced it has licensed digital lifestyle brand Buro 24/7 from founder Miroslava Duma and plans to launch an Australian version of the site in early 2015.

Buro247 is a culture, lifestyle and fashion news website that currently operates versions in Russia, Croatia, Ukraine, Kazakhstan, Azerbaijan and the Middle East.

Buro247.com.au will provide original Australian content as well as global content from the site, which was “born from the distinctive style, opinion and reportage” of Duma.

“Buro247.com.au will be aimed at a younger affluent female market and we will be offering sophisticated integration across digital, social and experiential channels to deliver innovation for lifestyle, fashion, beauty and premium advertisers.”

The online platform aims to respond to common complaints around video production as the use of video by business continues to soar – that it’s too hard, too expensive and too slow to edit.

Users upload their videos to the site with instructions and their deadline, then editors upload the finished video, of up to two minutes duration, within five days.

“Typical jobs include where a TVC needs changes for a new retail campaign, cutting quotes from a CEO’s speech for distribution to the media and where raw conference footage needs to be transformed into a series of videos,” WeEditFast says.

After six months of beta testing the platform has officially launched and is working with advertising, media and marketing agencies, as well as directly with clients.

Mamamia Women’s Network has released the results of a research project that surveyed 15,000 women. The following infographic summarises the results:

« Small businesses predict their own demise – 41% don’t see life beyond 5 yearsAustralia has world’s third-highest digital media use, ahead of US and Canada: PQ Media »