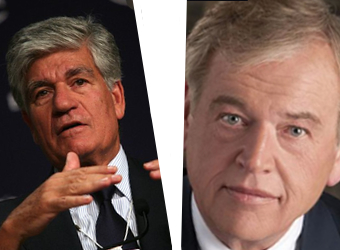 Update 12 May 2014: Forrester’s David Cooperstein has this to say about the merger’s collapse: “There are probably more reasons why this didn’t work than reasons why it should have worked. The minimal advantages of the merger – scale and succession planning – were likely outweighed by the disadvantages of being able to execute on such a complex and hastily arranged deal. Media buying power and back office saving do not outweigh client service and the cultural barriers of two global holding companies. Most clients and partners will be relieved.”

A year after the surprise merger announcement from Omnicom and Public Groups that would have seen it become the world’s largest advertising company, the wedding has been called off.

The announcement this morning follows speculation and doubts about the difficulty of the merger, involving daunting regulatory processes.

Publicis Groupe SA and Omnicom Group Inc today jointly announced they have terminated their proposed “merger of equals” by mutual agreement because of difficulties in overcoming obstacles and completing the process within a reasonable timeframe.

The joint statement said that parties have released each other from all obligations with respect to the proposed transaction, and no termination fees will be payable by either party.

The decision was unanimously approved by the management board and the supervisory board of Publicis Groupe and the board of directors of Omnicom Group.

In a joint statement, Maurice Lévy, chairman and CEO of Publicis Groupe, and John Wren, president and CEO of Omnicom Group, said: “The challenges that still remained to be overcome, in addition to the slow pace of progress, created a level of uncertainty detrimental to the interests of both groups and their employees, clients and shareholders.

“We have thus jointly decided to proceed along our independent paths. We, of course, remain competitors, but maintain a great respect for one another.”