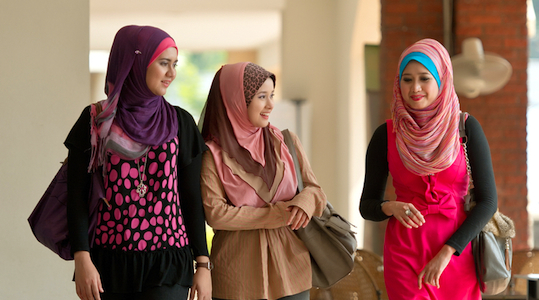 “This research indicates even in this era of globalisation, religion should still be considered an important factor when introducing a new product,” Baazeem says.

“Religious scholars often take positions for or against new products citing religious values and norms and their rulings often influence the process of adoption of these new products. However, after a time the power of these rulings tends to diminish as the product grows in popularity.”

Study one: religiosity and risk

The first part of the study measured the level of religiosity of 947 Muslim participants from Saudi Arabia, Australia, Canada, New Zealand, the UK and the US and then presented them with two fictional scenarios about new products that could pose religious questions.

The fictional products mentioned in the studies were:

The study measured the relationship between participants’ ‘degree of religiosity’ and how adoption of these products may increase their ‘psychological risk’ (uncertainty about doing the right thing), and their ‘social risk’ (how they thought others may perceive them).

“The results showed that having high religious belief affected psychological risk more than social risk,” Baazeem says. “In other words, those with intensely felt religious views were more worried about whether they were doing the right thing in adopting the product than what other people would think about them if they did.”

The second part of the study investigated the impact of 2860 participants’ attitudes to the fictional products considering religious scholars’ warnings and popularity levels.

Religious warnings were found to impact even those people with ‘extrinsic religiosity’ (those who care about what others think, but don’t consider advice from religious scholars).

Religious feeling and risk perception had the weakest relationship when products were popular and religious scholars had not given warnings about them.

BY ON 26 May 2015
Assistant editor, Marketing Magazine.