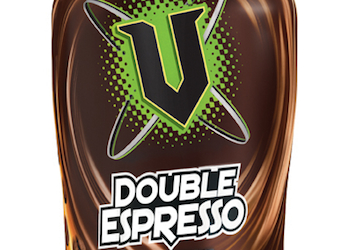 “V has a history and reputation of delivering a massive energy hit, so it makes sense to expand into an adjacent, growing category of soft drinks.”

Harkness said the new V drink would appeal to two sets of customers:

“It is too early to determine cannibalisation on energy drink sales, however pre-launch we calculated a very minimal impact on energy drinks,” he said.

V Double Espresso would set itself apart from the competition by containing guarana, the caffeine-rich substance in carbonated energy drinks including V and Red Bull.

The brand launched an iced coffee product “a couple of years ago” with a different formulation, but withdrew it from shelves due to an inconsistent supply. V Double Espresso was a new formulation with new packaging that “really gives you an energy hit like a can of V does,” Harkness said. 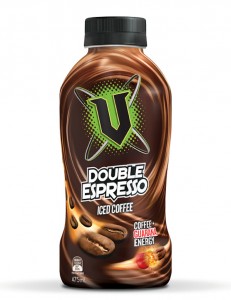 “V Energy’s USP is it’s guarana energy delivery. Consumers expect that of us so we invested a significant level of effort in developing a formulation that people will love.

“V is synonymous with energy, and has an opportunity to expand into other energy-based ready-to-drink beverages, such as iced coffee. When consumers think V Double Espresso, they will think iced coffee with a great energy hit.”

Harkness hinted at further product developments from the company but declined to give details:

“We’ve got plenty of new products in development but need to keep them under wraps for now.”

« Westfield: Showrooming not a threat, 2 in 5 shoppers ‘reverse showroom’Newest Coles employee Jeff Kennett: “This is no publicity stunt” »