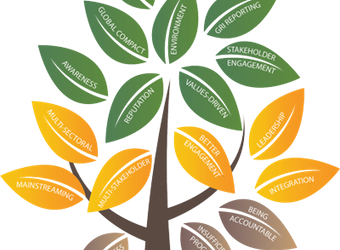 Australian organisations are falling behind when it comes to the implementation of corporate social responsibility (CSR), according to a new report, with lack of government and business leadership to blame.

“Respondents to the survey are calling for more leadership from business, government and the academic sector. They hope that CSR will have more government support and believe that mainstreaming would be assisted by more mandatory CSR actions,” she says.

Black believes that future progress in CSR will be closely tied to innovation in the arenas of supply chain, environment, reporting and collaboration with stakeholders. She also believes that going forward organisations simply need to do more on a systemic, rather than just organisational basis.

“Only in this way can we address deep-rooted social, economic and environmental problems to create lasting value for both organisations and their stakeholders,” Black says.

This is the seventh Review since 2007. The Review analyses the level of social responsibility that organisations across all sectors demonstrate when implementing their policy and practices.

A record 990 respondents, spanning all business, industry, community and government sectors, filled in the survey, which this year was run in conjunction with Deakin University and Wright Communications in Auckland.

While reflecting on the progress in CSR awareness and implementation tools over the past decade, respondents show frustration at the slow pace of organisational and systemic implementation.

Dr Colin Higgins, deputy director of the Deakin University Centre for Sustainable, agrees that innovative thinking and strong leadership is required and that the report is a wake-up call for education, business and government.

“In previous years The State of CSR Annual Review has identified securing organisational buy-in as the greatest obstacle for progress in this area and this year‘s question about the development of CSR points to the same challenge,” he says.

Despite a general lack of integrated CSR practice, the survey did highlight examples of good CSR leadership within Australian organisations and produced a CSR Top 10 list.

The 2014 CSR Top 10 organisations are (in alphabetical order):

Tags:
Previous Article
Becoming a digital lab: an agency playground and client heaven
Next Article
Anyone can be a marketer