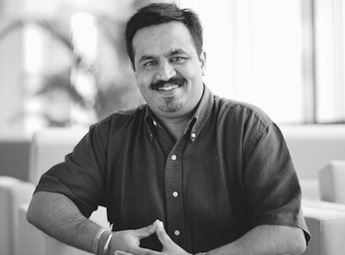 Software development used to be a relatively straightforward enterprise. Identify a problem that a computer could solve, build software that would solve that problem, and then sell it to the bevy of personal computer users out there. Software would be priced according to demand, with productivity suites and image processing software often selling for hundreds of dollars each.

The fragmentation of the device market, including the introduction of dedicated gaming consoles, led to some diversification. Games became a lucrative option for software developers and publishers, leading to a studio system (at least within the game/entertainment industry) where small studios could develop high quality games and sell them to (or through) big name publishers. Once again, profit margins were high – large companies have high costs, and some of those, as well as the costs of publicity and marketing, could be passed on to software buyers, who would fork out substantial sums of money for the latest alien-killer or combat shooter. Handheld consoles also brought with them more opportunities, this time for the sale of scaled-down but portable games, sometimes with multiplayer or pass-and-play functionality built in. For example, there are several versions of Grand Theft Auto for the PlayStation Portable, baby cousins to the large-scale games for PC and PS3. More recently, one of the showpieces for the newly-launched Playstation Vita was a scaled-down handheld-exclusive Uncharted adventure, very nearly as complex and rich as the console version.

The internet, social media and the availability of mobile phones (especially smartphones) transformed the software industry. Software developers who had with valuable intellectual properties in the form of their powerful desktop programs found a ready audience that was clamouring for mobile versions that would let them work or play on the go, while still integrating with the more sophisticated desktop originals. Once the notion had firmly set in that you could do pretty much anything with a smart phone, provided you had the right app, well, the flood gates were open.

Mobile app stores were disruptive to the system, though. The low prices of mobile apps forced developers to charge less – but because mobile is so pervasive, there is a much higher pool of possible users. Profiting from software has become about volume sales, about quantity driving revenue. Which is not to imply that the user experience is any less: today’s mobile devices offer a startling combination of portability and computing power, coupled with always-on connectivity that makes the handling of information (including saving files in the cloud) so much easier than before.

Two more recent developments, however, have shown that that mobile social media and mobile marketing may prove to be even more disruptive and revolutionary than previously thought. The startling success of DrawSomething, and the acquisition of its parent, OMGPOP, by Zynga is testament to that: the bulk of the profit made by DrawSomething came from downloads of the paid, ad-free version, and of course, the asynchronous social multiplayer aspect of the game was what led to its huge popularity. Even more dramatic than that was the US$1 billion acquisition of Instagram by Facebook, a move that will provide Facebook an inroad into social content creation. The amount paid reflects the immense value placed upon Instagram, a value that is not matched by revenue, since Instagram is a free app.

From making highly-priced software for desktop machines, the software industry’s two biggest hits in recent times turn out to be free apps for mobile devices. While the implications of DrawSomething and Instagram still remain to be seen, we can be certain that they are paving the way towards a smarter, more mobile and more social tomorrow.