A tool that helps you anticipate the competition’s next move

A tool that helps you anticipate the competition’s next move 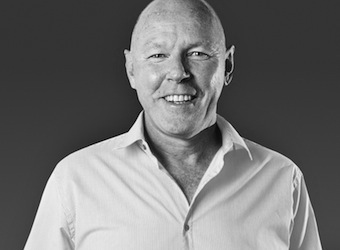 Dr Ken Hudson presents a step-by-step tool that hits reactive competitive analysis out of the park.

I was a former marketing director at American Express and every year every product or brand manager completed their marketing plans with a section titled ‘Competitive Analysis’.

In my years as a facilitator I have seen this process repeated again and again. This is a useful exercise to be sure.

But… it is reactive. You only know what your competitors have done when they have actually done it. This means you are always playing catch up.

And second, marketing people look at the competitors through the lens of their own experience. Another problem is that you only tend to focus on your direct competitors.

A much better way to think about your competitors is through a tool I have developed called ‘competitive insight’.

Here’s how it works:

With this tool you first nominate your direct and indirect competitors (eg. does Coca-Cola compete with mobile phones for example?)

Then you consider your current and future competitors (eg. Coca -Cola might compete in the future against a well known beer brand).

The group must then decide what are the three biggest moves the competitor will do in the next 12 to 24 months.

Then develop an advertisement for one of the big projects.

Then consider the question what is the one thing that you would hate your competitor to do that would hurt your business (ie. from the competitions point of view).

The group then presents to one another – often an energetic and creative affair.

After much discussion a number of insights emerge.

The larger group then considers a number of questions:

The advantages of the competitive insight tool are many:

The marketing group has to consider a range of competitors not just the direct ones.

By becoming a competitor the group often is more creative because free from their own restrictions – anything is possible.

And last, the group can now better anticipate what the competitors might do and are ready for them and can beat them to the punch!