ACCC quarterly report: complaints up a little, fines up a lot

ACCC quarterly report: complaints up a little, fines up a lot 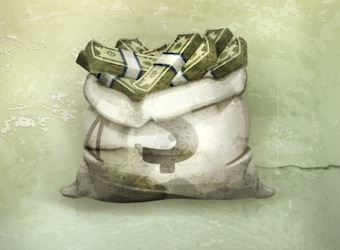 The Australian Competition and Consumer Commission (ACCC) has published its June 2013 quarterly report. In the period the watchdog collected more than $200,000 in fines and received more than 50,000 complaints.

The payments collected, $203,400 for 12 infringement notices under the Australian Consumer Law, were more than six times the amount paid in the March 2013 quarter.

The 52,292 complaints and inquiries from business and consumers was a 6% increase on the March quarter, while removing 692,940 unsafe and faulty consumer goods from sale in 118 product safety recalls was more than double the number of faulty goods removed last quarter.

ACCC chairman Rod Sims says the results shows a growing awareness of the Australian Consumer Law among the public.

“The ACCC continued to protect consumers and competition with strong outcomes across the organisation, including receiving more than $200,000 in payments for infringement notices and processing over 50,000 complaints,” ACCC Chairman Rod Sims said.

The ACCC continued to monitor representations made about the carbon price and has received over 3000 complaints and inquiries since the introduction of the carbon price mechanism on 1 July 2012.

“Significant penalties for cartel behaviour and illegal selling practices indicate how seriously the Court views this problematic conduct. The ACCC will continue to take action where necessary to protect competition and consumers,” Sims says.

In the June quarter, the ACCC received notifications for 118 product safety recalls – more than double the previous quarter – involving over 692,940 unsafe goods. Of these, there were 75 recalls of general consumer goods ranging from infant recliners to motorcycle helmets, 35 motor vehicle recalls and eight food recalls.

The ACCC was also active in the business sector, pre-assessing 87 potential mergers and reviewing 22 in the June quarter. These included Virgin Australia’s acquisition of a 60% stake in Tiger Airways, Woolworths’ proposed acquisition of a site in Glenmore Ridge and Heinz’s acquisition of Rafferty’s Garden.

ACCC’s quarterly reports are called ACCCount, and can be downloaded from its website.

Tags:
Previous Article
Telstra to double its data marketing investment over next 18 months
Next Article
Are you listening? Customer phone call analytics for unlocking insights