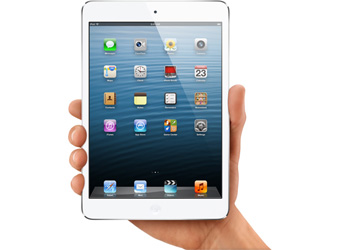 Yesterday’s launch of the iPad mini marks the first time in Apple’s history that the technology giant is playing catch up to its competitors, according to an analyst.

The smaller, cheaper iPad marks a significant shift in Apple’s strategy, principal analyst at technology consultancy Ovum, Adam Leach, says. “For the first time in its recent history it is responding to market pressures from its competitors, namely Google and Amazon in bringing a smaller tablet to market.”

In the past, Apple has defined new products with new form factors and waited for the market to follow, Leach notes, whereas in this instance it’s following the market trend towards smaller cheaper tablet form-factors. “This reflects a fundamental change in the way Apple operates. Apple is assuming that a lower cost iPad will allow them to sell sufficiently more units to offset the dilution in active server pages (ASP) that a cheaper device is likely to cause,” Leach adds.

“Tablet usage in Australia is growing at an explosive rate with penetration set to be 39% by the end of the year, more than double what it was at the end of 2011,” Hilton says.

The recent introduction of 4G in Australia and the ongoing roll out of the National Broadband Network will take the user experience on mobile and tablet devices to new heights, Hilton predicts.