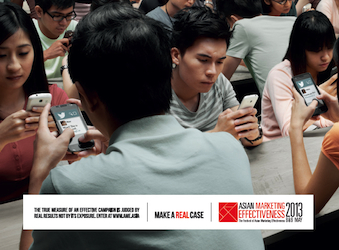 The winners of the Asian Marketing Effectiveness Awards were announced at an awards ceremony in Shanghai late last week.

Judges at the two day event debated the shortlist of 139 entries, awarded 55 winners in total, which include 16 Gold, 19 Silver and 20 Bronze.

The Australian contingent went hard taking home the most trophies with 15, followed by China with 10 and New Zealand and Singapore both with 5.

The winners of the inaugural Young FAME Competition were the team from Cheil worldwide South Korea who took gold. Draftfcb China were awarded silver and BBDO China took bronze.