The Australian Olympic Committee (AOC) has partnered with outdoor media provider, APN Outdoor, as well as Newscorp, in the lead up to the Rio Games later this year.

It’s the first time the AOC has partnered with an outdoor media provider, a move that will feature activations, campaigns and stunts, bringing the Australian Olympic team closer to the public.

AOC president John Coates said the partnership will allow the AOC unprecedented access to the everyday lives of Australians.

“A partnership with APN Outdoor grants us access into to the everyday lives of Australians in a way we are keen to explore. With the help of APN Outdoor we will be able to bring the team into the public eye, when Australians are out and about, each and every day around our cities and we anticipate this partnership being long and mutually rewarding,” says Coates. 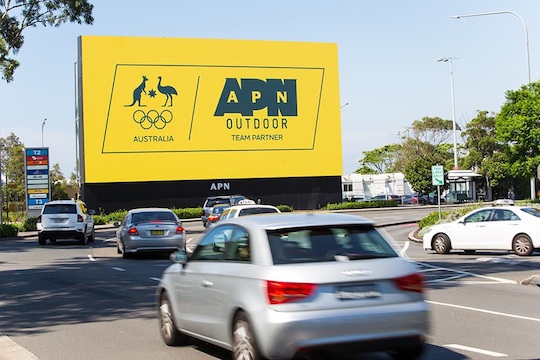 The partnership comes directly after the AOC conducted a brand refresh, designed to make the brand more contemporary.

The refresh was launched a year out from the Rio games and intends to bring a confident, positive outlook to the Olympic team, while still recognising its proud history.

In addition, Damien Moston, vice president of partnerships in Australasia at sports marketing agency Lagardère Sports, said the refresh brought about a long overdue sense of consistency to the brand.

“Previously if you looked at the brand, what we had was the flag and rings. We also had a separate logo, which was an institutional logo, and a third logo that sat on the team uniforms. So when you looked at the team, we had a team brand and institutional brand. We had two different brands operating in different environments and that meant there wasn’t any brand consistency,” says Moston.

Moston said the partnership perfectly complements the goals reflected in the brand refresh and covers a core objective of gaining further reach.

“What we’ve been doing is really carefully trying to extend the brand reach to as many Australians as we possibly can through having really positive and significant media partners.”

“APN cover that reach, have a significant number of outdoor digital billboards across the country and for us it’s really important to have people who are seeing our brand when they’re on highways or going through airports, travelling on a train or bus.”

The AOC has made a concerted effort to gain as much traction as it can in the media. In addition to the partnership with APN Outdoor, the AOC have partnered with Newscorp, making it the official newspaper of the Australian Olympic team.

It’s the first time the media giant has had an official involvement with the Olympics since the early 2000s and the deal will see promotion across all of Newscorp’s local and national publications.

As part of the build up to the Rio Games, the AOC has launched the #comewithus campaign, designed to encourage the public to engage with the team as their journey progresses throughout the year.