As the advertising industry award season heats up, it’s easy to think that there are a little too many awards out there. For Rob Morrison, however, they are more important than ever. 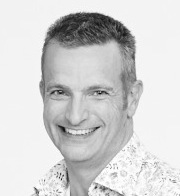 I recently heard a colleague talking in animated tones about the latest Hollywood award show. This dress. That speech. He was lucky. She was robbed. Then followed a heated discussion over why there are so many movie award shows.

Truth be told, only one industry competes with filmmakers in the ‘self-congratulations’ department and that’s us – advertising.

In fact, there are so many shows, lots of agencies assign an award entry manager.

Plus they’re expensive. The entry fees – worse if you’re late. The case study films. The hidden cost of time to write the form. It’s easy to burn tens of thousands of dollars each year. No wonder John Singleton outlawed awards when his name was on the door.

So it’s easy to be dismissive of awards – particularly as clients. They can seem distracting. ‘Who’s working on this year’s campaign while you’re polishing entries on last year’s?’ And, of course, only a tiny sliver of entries ever win metal.

So the big question is ‘Why?’ Really, why do they matter?

As silly as it may sound to outsiders, Adland careers are made on the back of award show success – mine included. A Creative Department’s key performance objectives each year inevitably include award wins. Questions get asked when the cupboard is bare.

They matter because it’s the only way we can measure the unmeasurable.

The CEO can track the share price. The finance department can point to the balance sheet. Marketing can use market share to say how well they’re travelling overall. But in Adland, it’s not so simple. How do you decide who’s doing the best work?

It’s not financial. Bigger isn’t always better. It’s not pitch wins. That can simply mean you’re good at politics. It’s not even just about campaign results. Prying the advertising idea away from the price cut or the new stores or the product improvement is impossible.

So, instead, we get a group of advertising experts into a room. Instruct them to pull apart each brief, compare the ingenuity and humanity of each answer, and award the best.

It’s not a faultless system. But without it, we all lose.

Because, love them or hate them, awards have two crucial functions. Yes, they reward the best work from last year. But, more importantly, they inspire the best work in the year ahead. There’s been some amazing work we simply wouldn’t know about without award shows. I was lucky enough to judge the Cannes Direct Lions last year and still use Volvo ‘Interception’ and Canal+ ‘Interactive Form’ as yardsticks. Without award shows, we simply wouldn’t see this kind of work.

Are there too many shows? No doubt.

Should agencies be more selective in what’s entered? No question.

But do they play an important role? More than ever.

So, please, the next time your agency asks for sign off on an entry, or sends a case study film for feedback or just asks for results, please be gentle. It’s important.

Previous Article
Timeshare or tupperware parties: what disruptive sales model will replace subscription services?
Next Article
Can the Bunnings name reverse the fortunes of Homebase in the UK?