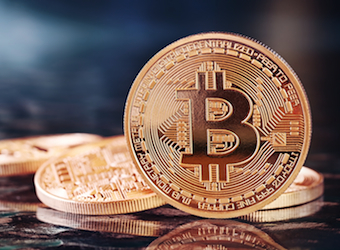 The Australian Taxation Office (ATO) has released its draft rulings on its treatment of crypto-currencies such as Bitcoin, including its determination to treat these differently to money and foreign currency.

The clarification follows growing buzz around the virtual currency, which has been adopted by a handful of, mainly online, retailers. Few major retailers have jumped on the bandwagon, however, and in April Amazon said it has no plans to start accepting Bitcoin.

For tax purposes in Australia, the ATO says Bitcoin and its counterparts will be treated similarly to non-cash bartering, with limited tax consequences for individuals transacting in small amounts.

However, businesses trading in Bitcoin or similar may face goods and services tax (GST), capital gains or fringe benefits tax.

“Generally, there will be no income tax or GST implications if you are not in business or carrying on an enterprise and you simply pay for goods or services in Bitcoin (for example, acquiring personal goods or services on the internet using Bitcoin),” the ATO says.

The ATO will disregard capital gains from Bitcoin purchases when the Bitcoin cost is less than $10,000.

But Bitcoin users must retain proof of their transactions, including:

The rules become more complicated for business Bitcoin users – the ATO has provided detail on:

Bitcoin transactions for goods and services – paying with Bitcoin

Those interested in information on mining Bitcoin and Bitcoin exchange can visit the ATO web page on cryptocurrencies.

“The way they’ve chosen to interpret how it should be applied is unfortunately very stifling for emerging Australian digital currency businesses and the industry as a whole.”

Previous Article
Celebrating dads, sleep and the moon: the best branded content from July 2014
Next Article
Valos Advantage: Why some CMOs are more successful at brand management than others