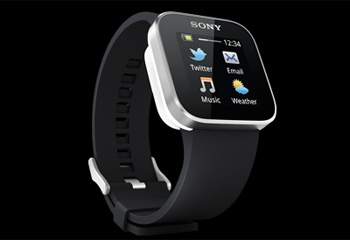 Wearable computing devices will be the battle ground for technology companies and product marketers in the near future, just as tablets and smartphones are today, according to a new report from Forrester research.

‘Wearables’, such as the Google Glasses from their Project Glass initiative, sensor-laden accessories like the Nike+Fuelband wristbands or Adidas adizero F50 sneakers which track speed and workout statistics, and Android-based watches, have enormous potential for use in health and fitness, navigation, social networking, commerce and media, according to the ‘Beyond Tablets: The Next Five Computing Form Factors To Watch’ report.

Being such personal devices, wearables can lend brands the ability to form more intimate relationships with consumers, a relationship that could see brands more noticed and top of mind than they are even on smartphone or PCs where they’re kept at arms length.

The report’s author, analyst Sarah Rotman Epps, predicts that wearables will move into the mainstream within three years, once they get serious investment from the ‘big five’ platforms — Apple, Google, Microsoft, Amazon, and Facebook.

“These platforms, and their developer communities, hold the key to the consumer connection and have the power to elevate wearables from geeky hardware to more mainstream uses,” Rotman Epps says.

Other examples given in the report include dual-focus contact lenses with data displays being developed by the military, clothing that reacts to emotions, and the vibrating tattoo phone call alert that Nokia has filed a patent for.

Wearables will transform our lives in numerous ways, trivial and substantial, Rotman Epps adds, warning that brands must invest in form factors beyond the tablet or risk disruption and missed opportunities.

Starbucks is one brand to experiment with wearables, having taken part in trials of the ‘Coffee Card’ micro-app for WIMM’s Android smartwatch which allowed customers to load Starbucks gift cards onto the device, then pay at the register with a bar code.

Sony has also built a watch around the Android operating system. Their SmartWatch allows users to access Twitter, email, weather reports and music, among other features.

Touching on more ‘pie in the sky’ ideas not likely to be seen for around five years, the report highlights embedded devices, such as connected fridges, surface displays, where glass or other surfaces are turned into screens, flexible displays and mini projectors as other beyond-tablet form factors.

Rotman Epps predicts that wearables will heighten the platform wars, with Google at a distinct advantage. “Apple’s iOS ecosystem has already inspired a host of wearable accessories, like the Lark sleep sensor and now-discontinued Jawbone UP. But Google’s open Android platform will inspire broader experimentation for entire wearable solutions.”