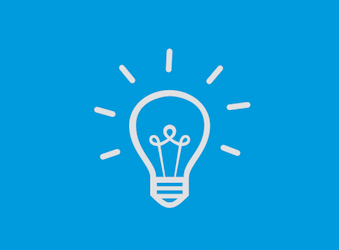 BRW has named cloud-based accounting software provider Xero the most innovative company for 2014.

Xero’s innovations to improve payroll functionality and the tax platform won the company the award, as well as its innovation through a network of third parties including 350 independent developers that make plugins for its software.

“Andy has been involved with Xero since the beginning as a sounding board – and now as part of our leadership team he will be able to play a direct role in driving our momentum, brand and product through our next phase of growth,” says CEO Rod Drury.

In second place for the 2014 BRW Most Innovative Companies was M&C Saatchi for its ‘Clever Buoy’ campaign with Optus.

The smart ocean buoy minimised the risk of shark attacks by detecting sharks and alerting beach-goers via the Optus network.

“None of our moves to innovation would have amounted to much without their vision, bravery and support. Optus has been simply brilliant in embracing Clever Buoy and helping drive the project to reach its full potential. The same goes for Google.

“For us innovation is not an option, it’s a necessity to keep ahead of a rapidly evolving marketplace and we’re fortunate to have clients who share that view.”

BRW’s third most innovative company is Planet Innovation, which created an incubator to be used for IVF.

The incubator gives embryologists the ability to grade embryos without compromising their safety.

More “ground-breaking innovations” made this year’s top 10 list than previously, due partly to a 50% increase in entries to the BRW Most Innovative Companies competition.

This increase included more entrants from the corporate sector, which BRW interprets to suggest CEOs of large companies are less complacent of the risk of disruption from start-ups.

“A recent study suggested that businesses in Australia and other rich countries are lagging their counterparts in the developing world in embracing ‘open innovation’ however through the compilation of this list with Inventium we have seen the best innovators in Australia and been inspired by the partnerships they have developed and the level of creative thinking displayed.”

The industries most represented in the top 50 were IT, finance and professional services respectively.

To enter the competition, companies had to describe the details and business impact of two innovations they had implemented in the past 12 months, as well as completing Inventium’s Innovation Audit.