Case Study: In the palm of your hand – Nokia’s launch of the first Windows based mobile

Case Study: In the palm of your hand – Nokia’s launch of the first Windows based mobile 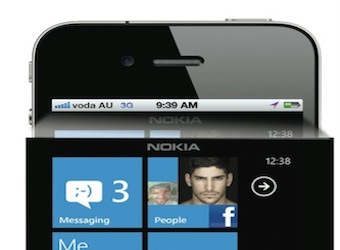 The Nokia Lumia was the first Windows-based mobile to launch. As part of a multi-channel campaign, Nokia wanted to create a mobile campaign that would be able to reach consumers in a relevant environment and educate them on the benefits of the Nokia Lumia smartphone and how it works.

Nokia and its agency, Carat, came to the conclusion that mobile was the perfect platform to support the multi-channel campaign objectives and approached InMobi to deliver the mobile component of the campaign.

In an incredibly crowded smartphone market, Nokia needed to think outside the traditional realms of advertising to allow its target audience to engage with the new Nokia Lumia device. It wanted to create an environment where consumers could experience the device in their own time, at their own leisure and in their own way.

To maximise consumer interaction with the Nokia Lumia device, InMobi created a motion-activated rich media mobile ad within the InMobi Studio creative platform, which uses the latest HTML5 technology. Using rich media design and creative, the team created a truly original immersive, interactive and memorable experience that allowed consumers to have the Nokia Lumia come to life in a very personable way.

They were able to virtually hold the handset, click through the tiles and play with the device in their own time, and on their own phone. This enabled consumers to discover the intui- tive interface of the Nokia Lumia and explore all the great features, including social media integration, pictures, messaging, personalisation and more.

The campaign ran on the InMobi advertising network in Australia, which currently reaches over two billion impressions every quarter and half the Australian population. The target audience of the campaign comprised existing smartphone users that were looking to upgrade their smartphone device, so the ads specifically targeted other smartphone devices to ensure that they would have the maximum effect. This approach assisted in driving up the level of engagement and improved the overall results of the campaign.

Nokia was able to engage and educate thousands by placing the device functionality right into their hands, at a time when they were open to explore.

Engagement levels and dwell time on the rich media ad proved how immersive and engaging the campaign was, seeing audiences staying within the ad for an average of 140 seconds for every unique visit. The average percentage of new visitors was 79.3%, delivering well over expectations for the campaign, which was to expose the product to new customers on an ongoing basis. The mobile ad delivered far beyond Nokia’s expectations and resulted in being the lowest cost per engagement channel for the entire campaign.

InMobi has since won two awards for the Nokia Lumia campaign, including Best Multi-Channel Integrated Marketing Campaign and Best Use of Mobile Media in Advertising at the 2012 Australian Mobile Awards.