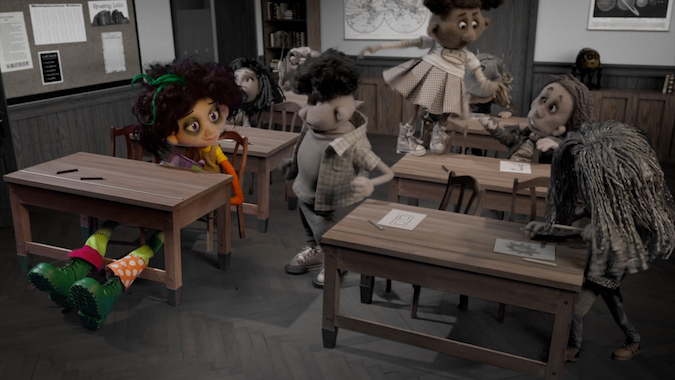 CGU Insurance and creative agency Thinkerbell have collaborated with famous puppeteers The Jim Henson Company. The collaboration sees the debut of a new short film Tall Poppy, which looks at the social phenomenon of cutting down successful people, known as tall poppy syndrome.

American puppeteer, director and producer Brian Henson directed the film, having previously worked on titles such as Muppet Treasure Island and Muppet Christmas Carol. The film is a tale of ‘tall’ Poppy and her journey to share her ambitious spirit.

Produced in California, the film debuted on 20 February, 2022 during 60 Minutes on Channel Nine. Initially shown as a five-minute version, the full film has a nine-minute run time. The impressive film required a range of production techniques and technologies. It combined classic tabletop puppetry with rich visual effects.

Director Brian Henson has said of the project, “Tall Poppy is about celebrating ambition. Facing the feelings of uncertainty and vulnerability that can get in the way of living to your fullest potential. We hope that Poppy’s story will inspire Australians to celebrate their own tall poppies.”

Australians believe that ambition is often regarded as a dirty word* – we set out to change their mind with this campaign. Poppy is a heroine for the positive power of ambition, which can lead to creativity and innovation.”

Tall Poppy is part of a broader CGU campaign. The campaign is aimed at inspiring brokers, SMEs and ambitious Australians to celebrate and admire innovation.

Check out the full nine-minute spot below.

Previous Article
Canva announces partnership with Mardis Gras and WorldPride
Next Article
From crypto to the death of high heels, what were we searching for in 2021?