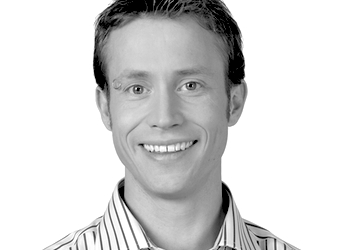 By James Bradfield Moody, founder and CEO of sharing platform TuShare, former executive director, development at CSIRO and co-author of The Sixth Wave: How to Succeed in a Resource Limited World.

Sharing isn’t new. As humans, we have shared since the start of time. But, collaborative consumption fuelled by the sharing economy has undergone an exponential shift in the last two years owing to fast internet, smart phones and geolocation services.

Collaborative Labs defines the sharing economy as a sustainable economic system built around the sharing of human and physical assets. Together, communities and cities around the world are using technology to do more with less by renting, lending, swapping, bartering, gifting and sharing products on a scale never before possible. This could be the biggest disruption to change the way we do business in concert with social media.

Airbnb is probably the poster child for the sharing economy and collaborative consumption across the world. The business model is as simple as connecting people who have rooms to spare with those that need one to stay. Since it started in 2008, Airbnb has served nine million guests. In a direct correlation to the growth of collaborative consumption over the last two years, the first four years of operation saw Airbnb serve four million people and, last year alone, it served five million!

Collaborative consumption and the sharing economy is now where social media was a few years ago and is fast growing. Time named collaborative consumption one of the ’10 Ideas that will change the world’.  A World Economic Forum Young Global Leaders study points to projections suggesting the ‘sharing’ and ‘rental’ economies will generate $US3.5 billion in revenue in 2013, and grow to as big as $US110 billion over the next few years , demonstrating that a collaborative economy can transform the way we live, work and consume.

But why is this happening now? The Collaborative Labs team point to three big enablers.  The first is the large number of mobile technologies which allow us track and monitor the usage of idle assets. The second are the social networks that are emerging which allow us to leverage existing trusted networks or build trust between strangers.  And the third is a shifting acceptance of access over ownership – the idea that it is often just as good (or even better) to have reliable access to something as it is to own it – all the benefits of the item with none of the maintenance.

What’s in it for brands?

As with brands such as GoGet, Rent the Runway, Zipcar, and TaskRabbit, collaborative consumption business models are not only gaining traction, but also changing the way we engage with products and services. The opportunity is big and growing. And, just as video on YouTube is disrupting television, and self publishing has transformed print media, the sharing economy has started disrupting traditional business models allowing individuals to be both consumer and producer.

Businesses and marketers need to prepare for this disruption and ride the wave. And, as with social media, brands can choose to be leaders and embrace the change or, wait to see how the rest of the market shapes and play catch-up later.

What can all businesses learn from the sharing economy?

Not just the upstarts, but all businesses can learn a thing or two from this emerging sharing economy.  We believe these fall in three broad areas of community, generosity and purpose.

Sharing business thrives on community as the sense of belonging is essential. Sharing also builds trust between community members and commitment and loyalty in the community curator.  So for many businesses, there is a question – what is the nature and spirit of the community that you are building, and how are you fostering it?

Although financial and environmental factors are two key pillars of the sharing economy, happiness and a genuine intent of spreading joy is linked strongly to the growth of sharing platforms. In a master’s research project more than 84% of the Dutch respondents expressed interest in participating in collaborative consumption of some sort. Correlate this to the fact that the 2013 World Happiness Report cited helping others and giving is one of the top six things the happiest people in the world have in common (a list that Denmark topped) and you’ll see potential and connection.

The third area where businesses can learn from the sharing economy is in their strong ability to deliver purpose. For businesses and marketers, the opportunity exists to embrace the sharing economy’s model’s pillars – cost, environment and happiness, as change agents to create a sense of value and build brand equity amongst consumers.

Brands that successfully sell their purpose, rather than their services, have much more potential to success in driving loyalty and building community over the long term. And a clear and compelling purpose has the potential to give a brand the opportunity to more effectively connect with its core audience and market.

The sharing economy is growing with brands such as TuShare, GoGet, MamaBake, Open Shed, Roomz, Airtasker and The Clothing Exchange, helping change consumer engagement with products and services. The City of Sydney recently developed a downloadable booklet called ‘Share Sydney’ to showcase the platforms that support sharing across the city and the country.

The growth of these brands and others that might launch next year (and the years after) will see a shift in consumer values from ownership to access and economic model from peripheral industry to mainstream consumer movement. After all, sharing is caring. Ride the wave early.

James Bradfield Moody is the founder and CEO of TuShare, one of Australia’s fastest growing sharing platforms. He was previously executive director, development at CSIRO and co-author of best-selling book The Sixth Wave: How to Succeed in a Resource Limited World.