Digital jobs the big movers in a post-GFC marketing world

Digital jobs the big movers in a post-GFC marketing world 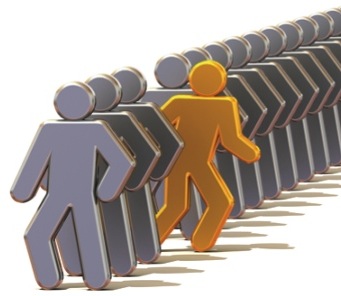 In the fast-paced world of marketing, a year is a heck of a long time. When you consider that this time a year ago, Kyle Sandilands was Austereo’s biggest money spinner and spin-king Shane Warne was single, larger and significantly less tanned, a year in the marketing sphere is pretty much a lifetime.

Consider then the incredible ride of the past three years, when Europe and the US went from economic prosperity to the grim depths of financial despair. It’s no secret Australia also took a hit and, despite our geography, we were not immune to the ripple effects of the GFC. There were certainly knock-on effects in the job market, but we saw a strong rebound in a country that is largely candidate short. Australia-wide, Seek has seen 66% growth in the number of marketing and communications job ads since January 2009. Victoria appears to be the centre of the marketing jobs boom,  registering the highest increase in the number of job ads in this time period.

The real winners over the past three years have been those working in the digital and search fields. The ‘discovery’ of the power of digital marketing has opened up a whole new recruitment specialty. As corporations split their teams between digital and traditional, it’s the digital guys who often clean up in the wage stakes.

But supply of skilled candidates has not kept up with demand. When there’s a shortfall in the number of candidates to fill roles, salaries go up to attract people from other specialties and this has certainly been the case with digital. In relative terms, digital is still a new industry. While the types of roles and professions have bedded down somewhat more recently, the rise in the industry remains significant. Digital and search marketing job ads have risen by a hefty 108% since August 2010. Good candidates are hard to find and even harder to retain. It’s a highly attractive industry to the younger generation who have grown up with technologies that can seem almost magical: “So, you give their computer a cookie and it tells you if they want to buy any of my widgets? Sure, here’s some money…”

More recently we have seen both candidates and employers acting a little more cautiously. Job seekers are making sure that the job they’re applying for meets a number of needs – not just financial needs.

When you look at the different categories of marketing roles, the past three years have seen some interesting changes in terms of the job market.

Australia-wide, marketing research and analysis job ads have dipped 17% since January 2009. They seem to be the primary casualties. Job ads for marketing assistants have risen 11% while brand management roles jumped 84%. Direct marketing job ads increased by 66%.

Australia-wide, salaries in PR and corporate affairs have had the most significant growth, up some 22% when compared to August 2010.

This may be explained by the fact that corporate affairs consultants are being called on more and more by corporations who are unsure how to handle the world of social media and user generated content. As the rise of citizen journalism changes the media game – even for regular journalists – the need for businesses to enact digital issues mitigation strategies has never been more apparent. If you don’t believe me, just ask Qantas.

Over in the West, the largest growth was in event management, while in Queensland, PR and corporate affairs and brand management roles saw the biggest growth in salaries.

As we continue to dig big holes in the ground, it’s inevitable that the flow-on effect in job and salary growth will continue in the WA and QLD markets. It’s no surprise therefore that event management and PR salaries are on the rise in these states: no one knows how to throw a better event than marketers.

So what does the future hold for the world of marketing careers? Well I’ve learned that crystal balls don’t work very well when I try to look much farther ahead than next week, but we have seen really pockets of growth in the marketing industry, and as we look towards the horizon of 2012 it will be exciting to be a part of the change that is inevitable in a digital world.

In an industry often at the forefront of innovation, we do have to remind ourselves we get paid well to have a lot of fun. With that in mind, I’m off to fly my remote control helicopter around the office. Over and out.

Tags:
Previous Article
Coach the coach: The importance of mentorship and guidance
Next Article
Top10 ads of Super Bowl 2012