How do a group of photographers, stylists and production managers celebrate moving to new studios?

Through a photo shoot of course!

PMP Digital, home of Dimension Studios, recently moved from its long-standing home in Port Melbourne to custom-built premises in Southbank.

To celebrate, the Melbourne team decided to put together a shoot for the studios blog, Behind the Lens.

Melbourne Creative Director, Sally Patman said, “Our goal was to capture the personality of our studios, through our people and our work.”

As a full service photographic studio, Dimension Studios shoot digital images for a range of clients, including catalogue shots for leading retailers and product shots for FMCG manufacturers.

“Capturing the essence of this in our own shoot, proved to be a bit of challenge. And a lot of fun!”

“We asked ourselves, how do we package our team?” 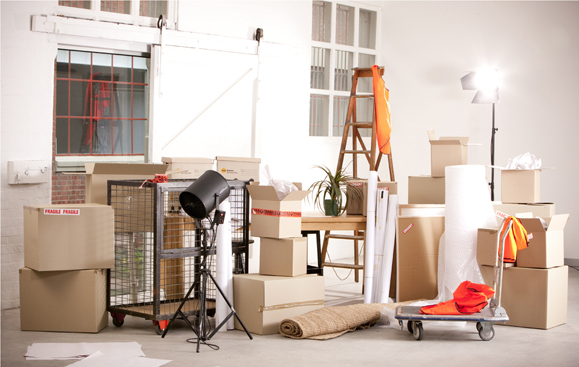 The team came up with a lot of great ideas focusing on the move itself and a few other ‘out of the box’ options. Our original idea was to have everyone ‘bumping in’ on hopper balls.”

“Then we realised, we had all these great packing items from the move and the products we shoot. So we built a concept around the thrill of opening a box.”

“Think about Christmas morning when you go to unwrap your presents. There’s so much anticipation and excitement about what might be inside.”

“I illustrated the concept to get a feel for how the set should look and visualise where we were headed. Then I met with the stylist and photographer, Corin Warhurst, to frame the shot using different textures, materials and angles.”

“We then looked at which of our studios would be most appropriate for the job. The ‘barn door’ studio was the obvious choice because it has great natural light which we could use in the actual shoot.”

“The shoot itself was great fun. So many creatives in one room. There were lots of laughs and shenanigans. It was a great team moment.” 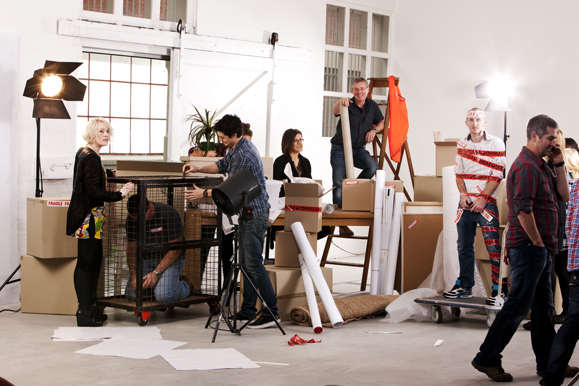 “The final result was a lively team shot that truly captures the heart of our team and the fun of the move.” 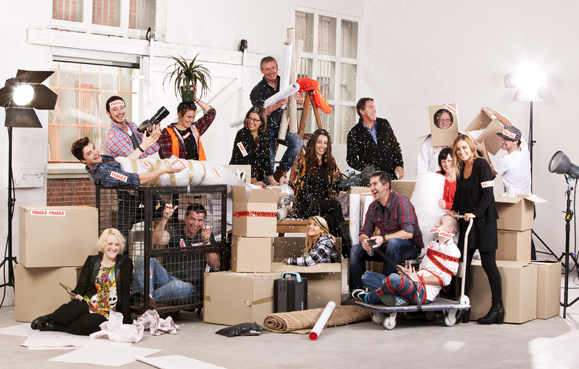 Dimension Studios, part of PMP Digital, is one of Australia’s leading suppliers of creative and photographic services for the FMCG, retail, fashion, corporate and advertising industries.

The recent move of the Melbourne PMP Digital team to Southbank follows the Sydney teams move to the popular creative district, Alexandria, in May 2010.

PMP Digital now houses its full service offering of photography, creative, premedia, production and marketing automation under the one roof, in an agency style environment.

Take a look Behind the Lens and check out our special offer of 30% off standard rates for jobs booked and scheduled for October and November 2011. Terms and conditions apply.