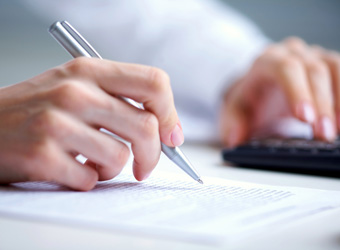 Businesses with strong C-level involvement in pricing and a willingness to step out of their pricing ‘comfort zone’ reap the rewards of higher margins, according to a study.

Pricing consultancy Simon-Kucher & Partners’ ‘Global Pricing Study 2012′, which researched over 2700 executives and managers from more than 50 countries, found companies with active C-level involvement in pricing are 18% more likely to put through a successful price increase and 26% more likely to get higher margins than companies without C-level involvement in pricing.

Staying in a pricing ‘comfort zone’ is no longer an option for C-level executives in the current economic climate, says CEO of Simon-Kucher & Partners, Georg Tacke.

“Over 80% of companies face intense pricing pressure from competitors and customers, on top of the risk of inflation from volatile commodity prices,” Tacke says. “This underscores the urgency for C-level executives to get involved now.”

The study forecasts the value of C-level involvement will increase in line with pricing pressures, making proactive involvement vital for the future pricing power of businesses. Companies whose C-level executives take an active role in pricing are 35% more likely to have high pricing power, and 30% more likely to expect strong EBITDA growth over the next three years, according to the research.

“Pricing power begins at the top of the organisation,” Tacke adds. “When C-level executives turn their attention to pricing, their companies are more likely to have a stronger profit outlook, more likely to raise prices, and more likely to make those price increases stick.”

C-level involvement in pricing means setting the right objectives and incentives, driving the organisational and cultural changes to support better pricing, and taking more responsibility for pricing strategy as a whole.

That study also suggested that creating a dedicated pricing group within organisations can have a clear impact on the ability to translate pricing power into higher profits.

Companies with dedicated pricing groups are 15% more likely to increase prices than companies which lack one, Simon-Kucher & Partners claims.