Eating out and into marketers’ hands: Australians spending more out than in

Eating out and into marketers’ hands: Australians spending more out than in 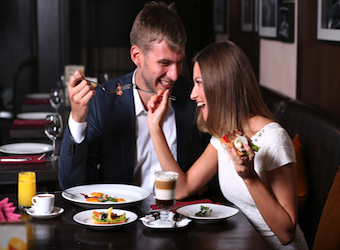 The latest indicators from Roy Morgan research demonstrates that many Australians are spending more of their hard-earned income when heading out, rather than entertaining at home.

With Australians (aged 14 and older) spending an average of $72 when hitting the town, close to half of that expenditure is at home, with only $45 allowed for entertaining within. This is seen as a serious trend reversal post-GFC when many consumers tightened their belts.

Perhaps it’s a hospitality boom and increased nightlife activity that has spurred the reversal, or the simple fact that consumers want to be out and about, rather than stuck in the confines of their own abode.

Norman Morris, Industry Communications Director, Roy Morgan Research, says: “This uplift in consumer spending on going out is a welcome and encouraging sign for the economy and particularly relevant for entertainment industries, whether it’s in or out of the home.”

The study shows that 18 to 24-year-olds in particular, are opening their wallets considerably more on entertainment (spending on average more than $100 in a typical week) than they did a year ago, and as Morris explains, the breakdown in age segments makes it easier for marketers to zero in on.

“The implications for marketers are obvious. Understanding specific target audience segments, even as basic as age groups, will be critical to the cost-effective marketing of any leisure or entertainment products.”

The discrepancy in the quantity expended by each age group reflects changes in mindset and behaviour as Australians get older, reports Morris, with the amount spent by people in each group being noticeably different.

“When Australians enter their 20s, the amount they spend going out steadily declines. Once they form relationships and have families, their priorities and lifestyles change and most of their entertaining is centered around their home,” he says.