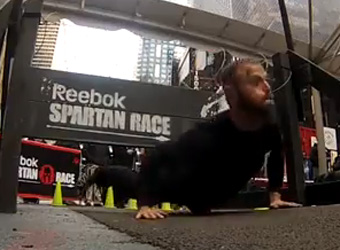 Reebok has taken on global partner rights with Tough Mudder-like obstacle race series ‘Spartan Race’, and will develop a range of clothing to cater to the emerging sporting pursuit.

The fitness and apparel brand today announced the signing of a multi-year title sponsor partnership with the global race series, claiming official apparel, footwear and accessories supplier rights to the global event.

Spartan Race will see obstacle racing, one of the world’s newest and fastest growing sports, grow in Australia when it joins Tough Mudder as a series of organised events starting in February. The racing series maintains a global ranking system that over 350,000 participants competed in across 2012, and will hold 60 events around the world in 2013.

Reebok will develop a range of products specifically created for the demands of obstacle racing, which will be available later in the year, Spartan Race’s announcement revealed.

“Reebok shares Spartan Race’s vision – they think, act, and live exactly like we do down to the last detail,” Spartan Race founder Joe De Sena says. “Both organisations believe that through fitness, ordinary people can realise their full potential and reap benefits throughout their lives.”