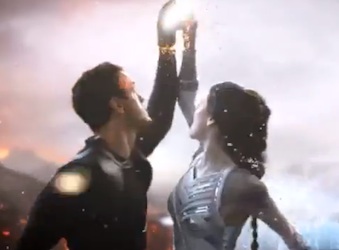 The TVC, titled ‘The Game,’ features “a choreographed battle between the world of ice and the world of fire, until the two elements finally combine to create a deep and intense experience,” says the media release.

The spot was created by Hollywood director, Tarsem, and forms part of a communications campaign created by the brand to introduce the new product range: Carte Noire ‘Fire and Ice Roasting’.

A team of professional dancers from European operas feature in the ad to, “reflect the passion and precision of the Carte Noire coffee experts.”

The ad will air in Australian and UK markets. The campaign will run across TV, outdoor, sampling and public relations from Sunday 6 October.

Tags:
Previous Article
The new affluence: harder to spot and not based on money
Next Article
Loyalty and employer branding in the social media age: Keith Crowell interview