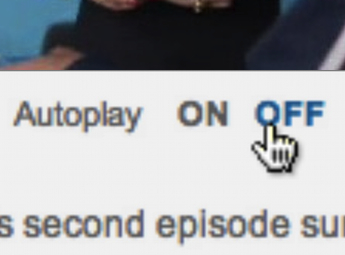 Correction 25 July 2012: The original story published yesterday stated that Fairfax will sell its own inventory into Google’s DoubleClick ad exchange. This was incorrect. Fairfax is in fact buying inventory from other websites on the exchange and on-selling that inventory with its own audience data.

Fairfax Metro Media announced today a partnership with Google that will see the publisher buy in-stream advertising inventory made available through Google’s DoubleClick Ad Exchange, over which it will overlay its own audience data and on-sell through its sales team.

In effect, advertisers will be able to utilise Fairfax’s audience data – such as gender, age, and purchase intent for each visitor – in order to target more effectively its readers at scale across all websites connected to Google’s exchange.

In an ad exchange, such as Google’s DoubleClick, visitors to a web page are assessed on various data (stored in a cookie file in their browser), thereby determining how much value that user represents to the advertiser. Fairfax is effectively ‘value-adding’ to the exchange’s inventory in order to sell it at higher rates.

ZenithOptimedia Sydney was the first to trial the product as part of the overall buy in a campaign for client DrinkWise, which wanted to target parents within Fairfax’s audience. Digital account director Emily McConnell says, “We saw an immediate uplift in performance.  Compared to standard contextual placements, the product delivered a 75% increase in click-through rates for DrinkWise.”

Fairfax has previously been working with Google’s ad exchange, DoubleClick, and yield management product (AKA supply-side platform), Admeld, for inventory visited from offshore.

How significant a move this is for Fairfax as it undergoes its major transformation to a digital-first business model is yet to be seen, but it seems to be a move to open an additional revenue stream through which to monetise its existing audience data on external sites. In the publisher’s favour is the current relative infancy of data-driven and exchange-based media buying in Australia, which is predicted to grow significantly as it has done in the US and European ad markets.

Tags:
Previous Article
Report: Online giants set to dominate local media for ad revenues
Next Article
The sound of the Olympics – how brands use music