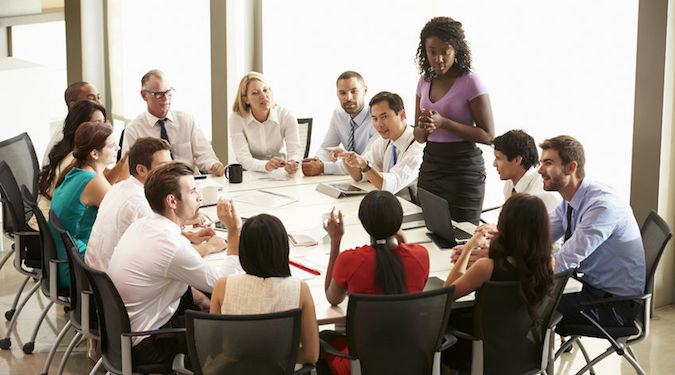 A panel of female executives called on women in the workplace to get more courageous in the fight for workplace equality, reports Tracey Porter at Australia’s Asian Future Summit.

The Australian business community will continue to witness a lack of females at the forefront of innovative firms unless women get braver in demanding changes within workplace culture, a panel of leading female executives says.

However, Australia’s so-called gender shame, which resulted in only nine women CEOs and 10 women chairing boards on the ASX 200, and 13% not having a single female board member, meant female entrepreneurs were not the only ones missing out.

Economically there were also large financial gains being left unrealised by corporate Australia, she said.

Citing the 2016 ‘Peterson Institute for International Economics’ study which showed that an increase in the share of women from zero to 30% would be associated with a 15% rise in profitability, Sun said having women in top management positions was a no-brainer for all companies looking to drive increased returns.

“Diversity brings better business outcomes, period. From looking at 6,000 deals in the past two years we’ve found that time and time again women-led startups have better traction, better profitability, better capital efficiency and we can invest at better prices. There is no reason not to invest in women-led companies.”

But Sun, who set up the first ever female-led millennial venture capital fund and has invested in 42 startups in the past two years, said it wasn’t just a matter of hiring one “trophy woman”.

“To reap the benefits of diversity you have to have three or more women, that’s when you can substantially change the boardroom dynamic and let women’s voices be heard. Invest your time, your energy and your money into the change you want to see in the world. That’s how we can change the game and together we can break any ceiling for our future generations.”

The CMO of growth markets for IT consultancy Avanade, Camille Baumann, argued that breaking down the barriers to female equality in the workplace was not just about women but being more malleable to the needs of both genders.

“It’s not about just flexible working conditions for women, it’s about infrastructure for a flexible work/life family [balance]. When we are able to use technology to [assist] males or females working from anywhere, we have the flexibility to run [both] families and businesses.”

While the lean-in movement populated by Facebook COO Sheryl Sandberg had its share of critics, panellists agreed that in order to make progress it fell to women themselves to drive changes in workplace culture.

“To some extent I do think that if women want the situation to change then we have to take it upon ourselves to make a change and not wait for others to change it for us. But at the same time, I think the system has to make some shifts as well,” Sun said.

Dr Sarah Pearson, the pro vice-chancellor industry engagement and innovation at Newcastle University agreed one of the keys to helping redress the gender imbalance in this country was the need to see more women “doing”.

“Progressing in a career is a game and that game has been set for quite a number of years. As women and men together we have to change that game. What is the game that we can play together so that we can all benefit?”

Tags:
Previous Article
Berlei launches Womankind campaign with authenticity and kindness at its core
Next Article
Competition and consumer expectation on the rise – how to keep up with the ecommerce evolution