Financial Times ad revenue down, but profit up from subscriptions

Financial Times ad revenue down, but profit up from subscriptions 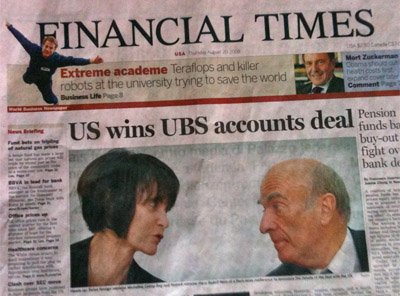 Profits for the pay-walled Financial Times jumped 17% to AU$112.7 million in 2011, on the back of a 28% surge in paid online subscriptions and more than four million registered users.

The title, which is printed in 22 cities globally and owns a handful of business news sites, commanded 600,000 print and digital subscriptions and an average daily audience of 2.2 million in 2011.

According to data reported by the masthead’s parent company, Pearson, one-fifth of its traffic comes from mobile, a sector it intends to generate further revenue from in the future following the acquisition of app developer Assanka and the development of an app for its luxury title, ‘How To Spend It’.

Chief executive of Pearson, Marjorie Scardino, told MediaWeek that profits rose despite ‘weak’ advertising due to the strong subscriptions performance.

“The external environment provides a testing backdrop for these results, and all our industries face some degree of turbulence. But our strategy and long-term planning for change have helped us to another good year to add to our record of persistent out-performance,” Scardino said.

“We believe those qualities, combined with the commitment and innovation of our people, will continue to serve our customers and our shareholders well.”

According to MediaWeek, the FT increased its cover price for the second time in three months in January.