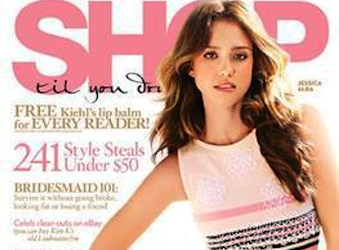 Mapp will enable the direct real-time comparison in marketing models of magazine performance with other media, including TV and online by using a customised algorithm. This venture is the collaborative initiative of Magazine Publishers of Australia (MPA) members (Bauer Media, Pacific Magazines and News Life Media).

Current models are restricted by the type of audience data available for magazines which is typically historical, smoothed averages of readership spanning a 12-month period.

“We have listened to the marketplace. The development of the new mapp tool is a response to requests from agencies for greater transparency, timeliness and granularity of magazine data,” says MPA chairman and CEO of Bauer Media, Matthew Stanton.

“Recent studies overseas indicate that magazine ROI is understated by up to 19% under current media mix modelling, compared to when more granular inputs such as those used in mapp are applied.

“In conjunction with our BAM (Buyer’s Action Measure) tool, mapp demonstrates clear accountability and tangible proof of performance of the benefits of magazine advertising,” he says.

“The new metrics are not intended to replace the existing industry survey data, but will be used as a supplementary resource specifically directed at application in marketing mix models,”

Mapp provides agencies and advertisers with ongoing data covering the ‘current’ issue period and the previous six months. Agencies will be able to build long-range historical weekly databases for use in models as they continue to use mapp.

“The data from mapp will allow us to now accurately measure magazines’ contribution to sales in media mix models, and it enables agencies to bring planning and post evaluation of magazines into alignment with TV.”

Tags:
Previous Article
Mobile strategy: Native vs. Responsive? 10 tips for getting it right
Next Article
Twitter’s IPO and the dark side of valuing companies