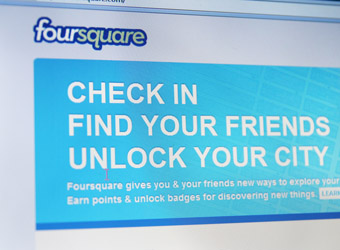 Check-in social network Foursquare is set to try its hand at daily deals and other strategies to monetise its user base, according to a report in the Wall Street Journal.

The startup’s founder, Dennis Crowley, told WSJ that he plans to start offering businesses the ability to serve personalised coupons to users of the mobile app as a way for the company to make money when users check in to stores, restaurants and the like.

The move comes as the company looks for ways to monetise its user base, which have so far proven elusive, including charging merchants $10 to instantly verify their businesses, a service offered for free by mail.

In a report published this week, Crowley told WSJ:

“We’re getting really good at connecting people with places, and connecting those places with people. We’re finding ways to do this algorithmically. Some of the newer products we are working on, once a person lands in a city, Foursquare will start to guide him toward those places that I’ve been to or his other friends have been to. Instead of serving up places we think you might be interested in, we can do the same things for businesses, and [tell them] these are the folks that are most likely to come here, based upon their check-in habits, based upon the places they’ve been to and their friends have been.”

The effort will launch in July along with a redesigned version of the app, and will be more personalised than coupons offered through review sites like Yelp, Crowley says.