Sports and men’s magazines bore the brunt of the magazine industry’s woes in the latest round of readership figures from Roy Morgan Research.

ACP’s men’s titles People fell 17.4% and Picture slid 26%, and NewsLifeMedia’s GQ fell 36.5%, contributing to the fall of the men’s category. In the women’s, Morrison Media’s Frankie was a strong performer posting an increase of 39.1%, ACP’s Grazia rose 24.4% and The Australian Women’s Weekly grew 7%, to extend its market lead with 2,348,000 readers nation wide. ACP’s NW fell 17.3%. and Woman’s Day dropped 7%, but still retained second place in terms of overall readership.

Other poor performing categories in an industry that declined 2.7% overall were TV, with a drop of 23.4%, sports, down 21.4%, and motorcycle, down 18.7%. Along with women’s fashion, the only other categories to record an increase were computing, gaming and information technology, up 4.4%, and music and movies, up 10.3%. 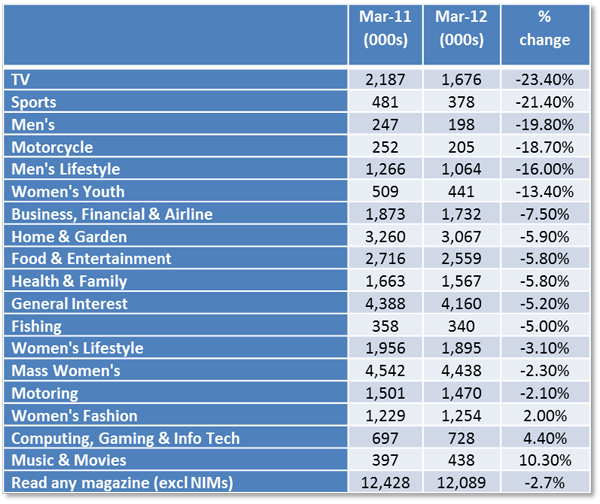 Top 20 by decrease in readership 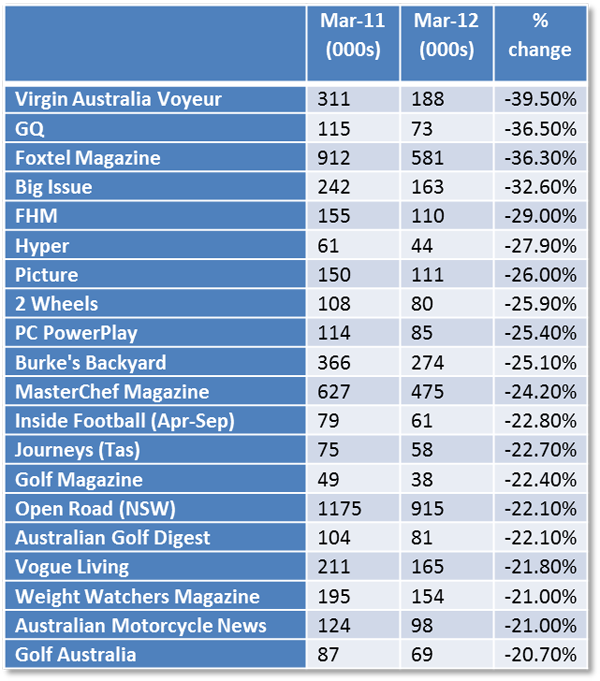 Top 20 by increase in readership 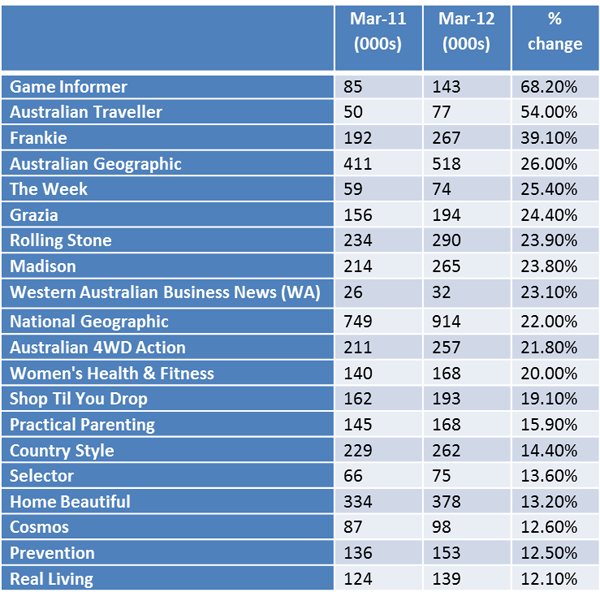 According to forecasts from Boston Consulting Group (BCG), magazine revenue is expected to shrink by 3.7% to $2115 million between now and 2015, with revenue from online delivery set to be the main growth area, predicted to jump 376% to $238 million.

Read: Marketing‘s coverage of BCG’s forecasts for all media types.