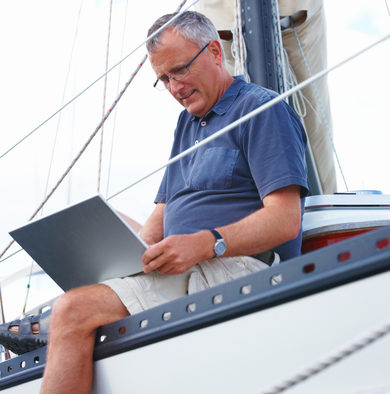 Generation Y might be nicknamed ‘digital natives’ but according to the annual Sensis ‘e-Business Report’, it is members of Gen X who are embracing the convenience and ease of going online at the most rapid pace.

The 2011 report results, based on interviews with 1000 consumers across Australia, showed that people in their 30s, 40s and 50s are showing strong usage of social media, mobile webs, tablets and online purchasing.

In fact, Australians in their 30s are most likely to purchase online, with 87% either having bought something online before or have intentions to, followed by consumers in their 20s (80%) and 40s (79%).

Interestingly, online shoppers in their 40s are the most unlikely to purchase from overseas sites.

In fact, according to Christena Singh, author of the report, only 29% of online purchases are made with overseas businesses. “[The] majority of expenditure is still being spent locally.”

While Gen Y have grown up interacting with friends online via social networks (97% of 18 to 19 year-olds and 90% of 20-somethings using social networking) older online users are becoming well-versed with the likes of Facebook and Twitter as well.

The use of mobile web usage is also on the rise with members of Gen X.

“We can see that mobile web use has grown in the older age groups, with almost half of Australians in their 40s connecting via mobile and a third of those in their 50s,” says Singh.

With the evolution of mobile internet, Australians are also using more applications when they logon. A range of activities, including downloading video and mobile apps, have become commonplace.

The most popular activities Australians are undertaking using mobile internet include:

Previous Article
Digital is changing the way Aussies love their sport
Next Article
Mobile speeds up; marketers must follow