Google store coming to a shopping centre near you? No…

Google store coming to a shopping centre near you? No… 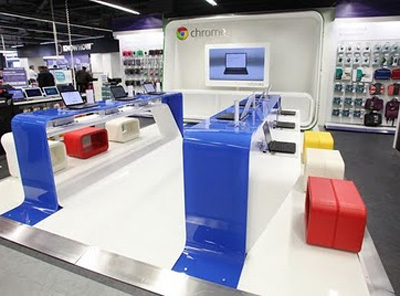 Google’s move into hardware was rumoured to be accompanied by a foray into retail this week after Bloomberg reported on planning applications lodged by the search giant to open a store in Dublin, Ireland.

However, Google’s local communications and public affairs manager, Henning Dorstewitz, tells Marketing that there’s nothing to the rumours and the search giant has no concrete plans to open a public store.

The planning application reported on by Bloomberg is for plans to open another staff store, similar to the outlet in the company’s Mountain View headquarters that sells t-shirts and other merchandise to staff, according to Dorstewitz.

The speculation was sparked by Bloomberg’s report that Google’s application detailed plans to open a store to the public in a 123 square metre of space in the company’s Dublin office block.

The news came after it was revealed earlier in the week that Amazon was planning to open its first Kindle store in Seattle to sell both digital books and hard copies printed by the retailer’s publishing arm.

Google opened a pop-up store inside a branch of London computer retailer, Currys, last year as a trial for selling laptops running its Chromebook operating system.

Google’s move into hardware has gained pace in recent years with the launch of its Chromebook laptop, TV platform, and mobile operating system and branded handsets which will multiply in numbers once its US$12.5 billion acquisition of Motorola is complete. The search giant is also rumoured to be developing a music streaming home entertainment system.