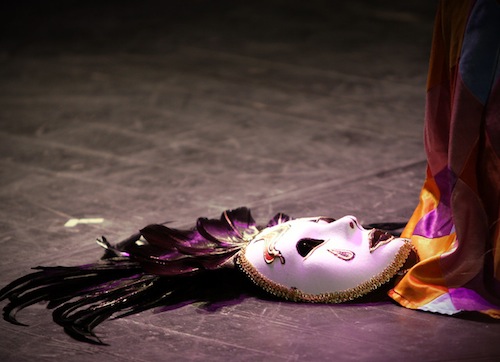 ‘A good reputation is more valuable than money’

The financial services sector has been a bearer of bad news lately – amounting to valuable lessons on reputation management. Let’s compare the news on Westpac and Perpetual, for illustration purposes.

Perpetual quickly lost control of the messaging on the departure of CEO Chris Ryan. The ASX release broadly stated that the board and Ryan agreed to disagree on strategy. Perpetual did not provide substantial details on the sudden decision to sack Ryan, causing the media to look for other sources. The focus of the ensuing media reports ranged from Ryan being a scapegoat for the company’s lacklustre performance, to doubts about the board’s credibility and competence, and the earlier departure of the highly regarded equities manager John Sevior.

Stellar fund manager Peter Morgan, who has the additional qualification of being a former Perpetual employee, helped move the story along. He said that Perpetual is run on a short-term basis and has become very accident prone. It was a scathing review on a company that is entrusted by its investors to take a long-term approach to managing money. The irony was not lost on the media, who published headline puns such as ‘Perpetual motion as one-year chief exits’.

Contrast the Perpetual story with that on Westpac’s job cuts. As painful as the news was for employees, it was delivered in as professional a way as possible. Gail Kelly communicated the bank’s key message that ‘we are in a changing world’ calmly and rationally. So the focus was on external factors such as the European debt crisis. She then put forward an argument that’s simple and sensible – that it’s important for Australia to have a strong banking system. So banks’ cost-cutting measures benefit all Australians, not just shareholders.

Many media reports picked up Kelly’s key message. The smarter or more cynical news editors tried to leave it on the cutting room floor. Internal factors that may have led to cost-cutting, such as the consolidation of resources following the Westpac-St George merger (a less palatable message), remained on the periphery.

Westpac controlled its messaging by repeating it consistently to the media and other stakeholders, backing the messages with sound argument, having collaborators on message and timing comms activities just right.

Lesson 2: It helps if your collaborators are on message

A principal supporting fact to Kelly’s argument is the escalating cost of funding. In the same week that Westpac announced massive job cuts, the Australian Bankers’ Association released an explanatory note to the media on why banks are under cost funding pressures.

It was such a well-written note that it prompted a financial services journalist to sing its praises on Twitter – without a hint of irony. The timing may have been coincidental. Perhaps the ABA’s main intention was to pre-empt banks’ decision to increase interest rates the following week. Whatever the reason, the effect was that cost of funding was top of mind (and easier to understand) for journalists by the time Westpac made its announcement on job cuts in a changing world.

Lesson 3: Communicate with your staff and other stakeholders

In May 2011, rumours about Sevior leaving Perpetual were already circulating. By the end of the month, the company announced that Sevior would go on long service leave.  In June 2011, Ryan advised investors that Sevior would definitely return after six months. Sevior promptly told the media that the chances of him returning were 50-50. Furthermore, Sevior said that, over the previous three weeks, he had been consistent with giving this information to clients, asset consultants and research houses.

Needless to say, there was a breakdown in communication between fundie and CEO, resulting in embarrassment and reputation issues, not to mention a ‘please explain’ from the ASX when Perpetual’s share price took a dive.

Compare and contrast, again, with Westpac. Australians losing jobs is always going to be a tough sell but, for months now, Westpac has been softening us for the announcement, with consistent communications to the media, shareholders, staff and other stakeholders such as the Financial Services Union.

Westpac was already cutting jobs last year, though not in a wholesale fashion. From then on, Westpac did not rule out the possibility of further job cuts. Westpac’s headcount would continue to trend downwards, according to Kelly. Furthermore, she had no qualms about saying that she was in favour of outsourcing or offshoring, though she preferred to call it ‘best sourcing’.

Lesson 4: Announce negative news at the end of the week

Perpetual made its announcement on Ryan’s departure on a Monday, giving the media plenty of time to dissect it in multiple ways, and research the back story by interviewing detractors such as Peter Morgan.

Kelly fronted the media on Westpac’s job cuts at the end of the week, after staff were briefed. The story received media saturation on a Friday. The next Monday, the top finance news story was no longer Westpac’s job cuts. It was overshadowed by more pressing matters such as speculation over whether the Reserve Bank would raise interest rates.

Notably, banks have a habit of announcing bad news such as interest rate rises late on Friday afternoon, when many journos are in a pub along with other hard-working Australians. The media are justifiably cynical about the banks’ timing.

The banks continue this practice because it works. Minimal damage is done because media organisations are not as well staffed on the weekends. Meanwhile the public care less about financial services stories, preferring to read about celebrity gossip and sport in the weekend papers.

Another tactic is to announce bad news almost as a cluster, as we have seen recently, when banks increased interest rates and publicised job cuts within days of each other, helping to spread the bank bashing pain amongst their peer group. The trick is to not be the first mover, because you’re bound to cop the worst flak.