UPDATED: McCann’s music video for Metro Trains Melbourne knocked Rihanna off her perch over the weekend to take out top spot on Unruly Media’s Viral Video Chart, making it the most shared video globally. The catchy tune created to engage an indifferent audience in rail saftey messages was shared more than 222,000 times in the past 24 hours, around 30,000 more than the next most shared video – recording artists Rihanna’s new single, ‘Diamonds’. It has amassed almost 4.2 million views and over 81,000 likes on YouTube. 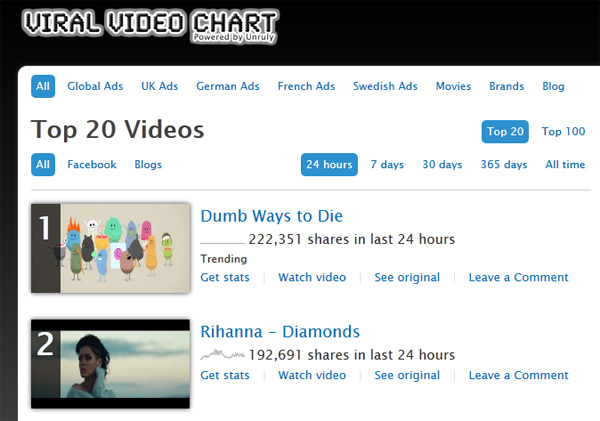 The video positions getting killed by a train as up there with sticking a fork in the toaster and dressing up as a moose during moose-hunting season as a dumb way to die, in an execution reminiscent of the ‘Itchy and Scratchy Show’ skits from The Simpsons.

And it’s taken the execution, by McCann Melbourne, to the next level by making the song available to buy on iTunes, and creating a website and gif-based Tumblr blog.

The aim of the campaign is to engage an audience that really doesn’t want to hear any kind of safety message, according to McCann executive creative director, John Mescall.

“We’ve got people eating superglue, sticking forks in toasters and selling both their kidneys. But truth is indeed stranger than fiction, and we still couldn’t come up with dumber ways to die than driving around boomgates and all the other things people do to put themselves in harm’s way around trains.”

Chloe Alsop, marketing manager of Metro Trains, says, “The safety of our customers is our single most important consideration. So it’s terribly sad to see so many preventable accidents or near misses on our train system.”

“This campaign is designed to draw people to the safety message, rather than frighten them away. Especially in our younger segments. We want to create a lasting understanding that you shouldn’t take risks around trains, that the prospect of death or serious injury is ever-present and that we as a community need to be aware of what constitutes both safe and dumb behaviour.”

The campaign will also appear in press, radio and outdoor using the lyrics to the song on the art work. 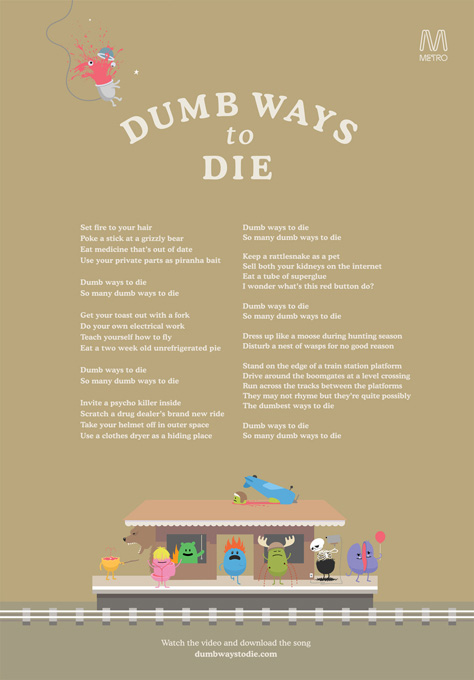