A good piece of creative might be the single most important thing that affects the outcome of your digital advertising campaign. This has been well-known for many years, but research now backs this up and shows that ads with good creative perform significantly better.

Bad creative can also have an adverse effect on the results of a branding campaign. A new mobile study by Dynamic Logic found that the best creative can boost brand favourability and intent to purchase, while bad creative has the opposite effect.

These two studies lend weight to the notion that when launching a new campaign, significant resources, energy and attention should be given to the creative execution to achieve best results. Here are six examples of advertisers and agencies that have done just that. They have focused on creative execution to deliver ads that have shaken the known boundaries of display advertising. 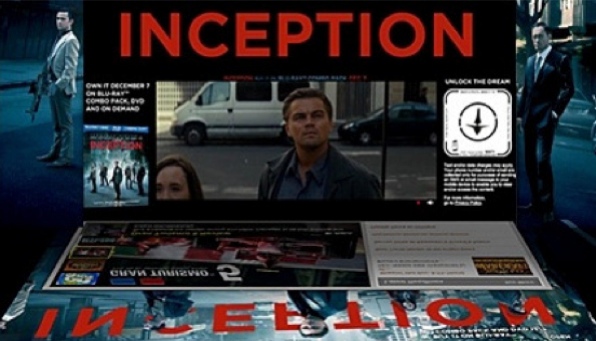 Launching a successful home entertainment DVD campaign can be challenging. Much of your target audience has already seen the movie or the movie trailer. Therefore, DVD launch campaigns need to emphasise the DVD’s extra features, such as cut scenes or interviews with the creators and actors. This will not only further entice viewers and fans but also create a powerful experience and generate interest for the DVD release, given the right promotional ad.

Warner Brothers Home Video did this for the launch of the Blu-ray and DVD release of Inception. It wanted a high-impact stunt to drive awareness so challenged CBS Interactive to produce an ad experience that mimicked the movie’s fast pace and space and time manipulations. The ad ran on GameSpot’s homepage. Using the glider ad format, the site falls back toward the user to reveal a user-initiated video. 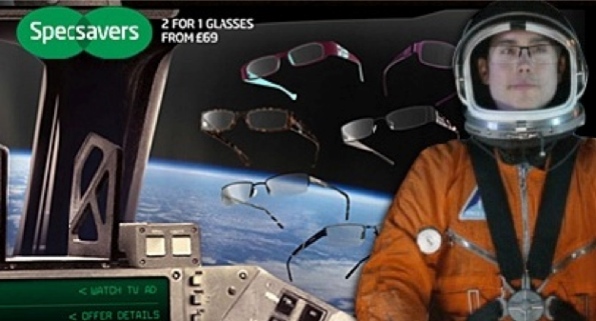 Since users are already used to the location of the mid-page unit in relation to the publisher’s content, advertisers are presented with the challenge of breaking the standard mould and delivering a message outside the typical banner that grabs immediate attention. Therefore, advertisers need to apply out-of-the-box thinking – literally.

Specsavers’ latest ad does just that. The astronaut featured on the ad loses his glasses in the spaceship, and they start floating all over the homepage while he tries to catch them. It’s an instant attention grabber, immediately luring the user’s eyes toward the ad (and the Specsaver glasses).

Once you follow the call to action and click on the ad, as higher numbers of users do given the quality of the creative, it opens to a full homepage takeover designed as the control room of a spaceship. In the middle of the spaceship’s dashboard the Specsavers ad video features. 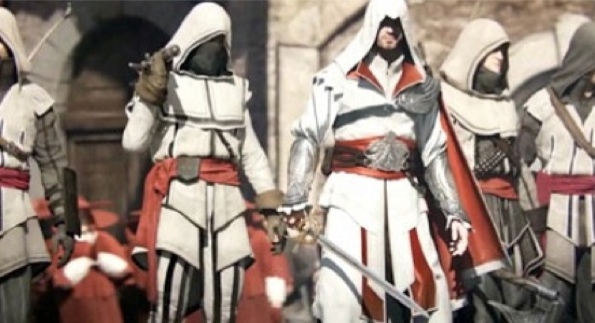 Interactive video takes engagement a step further by enticing users to participate. The combination of touch and video can significantly increase retention.

This ad for Ubisoft’s game Assassin’s Creed Brotherhood provides a great example. A YouTube homepage takeover that takes video to another level, the ad starts as the assassin runs through the constantly changing YouTube homepage. The scene focuses on various parts of the homepage, as the assassin races through. When the video stops, the user has to click on an item inside the movie that the assassin can use to fight its rival. This all happens at a rapid pace, almost immersing the user within the game. It’s exactly what any advertiser wants from a fast-paced, engaging video. 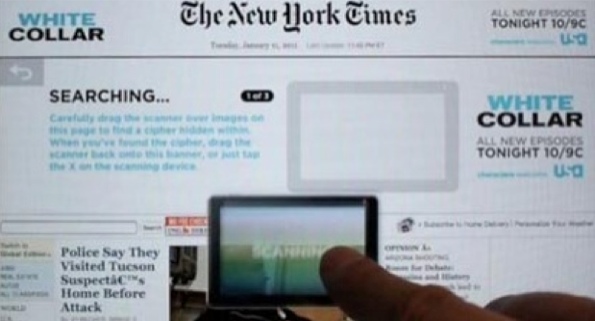 Tablets are snatching more market share of users’ browsing time, opening up great opportunities for advertisers. Specifically, the ability to touch an ad with your fingertips rather than the mouse creates added intimacy and a significantly better user experience.

This ad for a popular USA Network show White Collar lets users help solve crime and take part in the show. This interactive iPad demo lets you scan The New York Times for clues on how to break the criminal cypher to unlock bonus video footage from the upcoming season. Users simply move the iPad image with their fingertips.This ad used HTML5 to deliver a highly engaging and interactive ad that proved a match to any Flash-based ad. 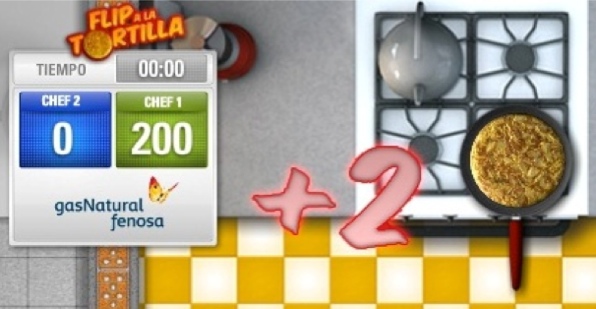 Who said that utilities ads have to be boring? Just sprinkle a little imagination, whisk in some creativity, add an interactive game, and voilà — a fun ad. This is what Gas Natural Fenosa, a utilities provider in Spain, did when it wanted to promote its brand.

The ad is an interactive game in which users have to flip an omelet without letting it splat on the floor. The game increases engagement and lets users explore the brand in a creative way by cleverly using natural gas as a necessary means to fry an omelet. Better still, no one has to clean up afterwards.

Another good use of interactive video is to allow users to explore huge quantities of information about a product. Users can touch different parts of the video and get additional explanations on them. This way, all users can watch the standard video, while users who show more interest can view more content and information.

This is what Electronic Arts did with the launch of the game Mass Effect 2. Once the user expands the banner, he views a 10-second introduction video. Once this introduction video ends, the user can click on each of the characters and hear quick introductions about them and their roles in the game. In addition, using a mouse, users can switch between videos and areas in the game. This ad is a fun game by itself.

These ad examples show how effective digital advertising can be when advertisers let creativity take centre stage in the banner. It makes a strong argument for any advertiser embarking on a new digital campaign to spend time thinking through their creative as better creative delivers better results. As all of these advertisers know.