January retail sales buoyant but shoppers hold out for bargains

January retail sales buoyant but shoppers hold out for bargains 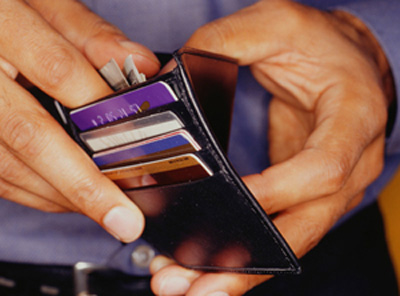 After recording the worst Christmas sales period in 27 years, retail figures have rebounded to show a 0.3% increase between December and January and 2.7% increase year on year.

But according to the Australian Retailers Association (ARA), the result represents more of a short-term reprieve brought about by sales hype than the longer lasting relief retailers need.

ARA executive director Russell Zimmerman says the trade figures were good news for the sector, but reflect a mindset among consumers of waiting for bargains before pouncing to spend.

“It’s still a sad state of affairs when the only way to entice consumers is to discount heavily and stir up a shopping frenzy,” Zimmerman says.

Cafes, restaurants and takeaway food services was the strongest performing category for the current period, increasing 4.3% between December and January and 6.7% year on year.

Household goods retailing fared the poorest for the month, dropping in sales by 1.8%, while all other categories remained relatively steady for start of the year.

In positive news, clothing and footwear retailers enjoyed their first year on year boost for seven months, with a 1.8% increase between January 2011 and January 2012. Department stores, however saw disappointing year on year results with a 3.3% decline.

Zimmerman comments, “The last time the clothing and footwear category showed any year on year growth was last April, and soft sales over Christmas showed the festive season wasn’t even enough of an enticer for reticent consumers.

“Department stores have again seen disappointing results, facing a year on year decline (-3.3%) and also losing out month on month (-0.2%), which shows non food retailers are still struggling overall. We have seen examples of this over the past couple of weeks with Sleep City and WOW Audio Visual falling into the hands of administrators.

“Good retailers are innovating for business success in response to changing consumer demand, as we have seen this week with announcements from retailers like David Jones and Woolworths of clear and aggressive online sales strategies.

“However, retailers need room to innovate during tough conditions with relief from weak consumer sentiment through manageable interest rates and a hold on taxes and charges that increase business expenses and take cash away from consumers.”

‘Other retailing’, which captures a variety of retailer sectors including online, book sales and outdoor retailing saw a 4.3% year on year increase. It is a category for which the ARA are calling for greater breakdown within as some in the category, such as online retailers, show growth while others, like sporting and recreational retailers, continue to decline.