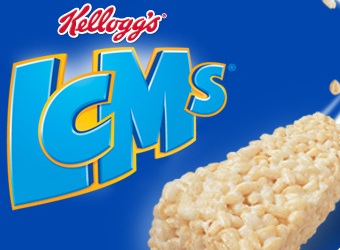 Kellogg has been forced to pull two ads for its LCM snack bars this week after a complaint from the advocacy group Obesity Policy Coalition was upheld by the Advertising Standards Board (ABS).

For the second time in two weeks the ABS has sustained complaints against Kellogg’s recent ‘fun facts’ animated advertisements for marketing unhealthy food to children and was found to be in breach of the Responsible Children’s Marketing Initiative (RCMI).

Martin says that children should be protected from this kind of marketing as they are vulnerable and cannot distinguish between advertising and entertainment and claims that self-regulation of junk food ads has not been effective with hopes that costly action should serve as a deterrent to companies considering similar approaches.

Martin called on the government to regulate the advertising of unhealthy foods to children, saying industry has failed to play by the rules.

Kellogg said in a statement that it had no knowledge of consumer complaints about the ads. The ABS said they did receive one from a lobby group regarding the current LCMs ad.

Kellogg has stated it respects the role of the ABS and accepts the decision.

Tags:
Previous Article
Voices in your head: vibrating train windows that talk to passengers
Next Article
The changing face of Facebook