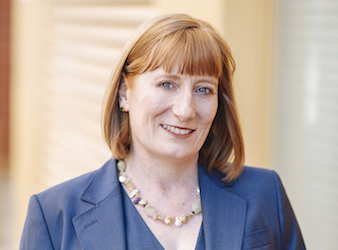 Social media feeds have quietened down since July and August when people were posting videos of themselves being doused in freezing iced water. As the ALS Ice Bucket Challenge shapes up as 2014’s most successful viral success story, Dr Margaret Faulkner, senior research associate at the Ehrenberg-Bass Institute, provides some local lessons by looking at what local charity, MND Australia, got out of the primarily US-driven campaign.

The Ice Bucket Challenge was a huge success story for the American charity ALS (Amyotrophic Lateral Sclerosis Association). $US100 million was raised in a month compared to $US2.8 million in the same period last year. Over $115m was raised, thanks to a simple call to action strategy – take the challenge yourself, donate and then nominate three others to follow your lead. Social media has helped to spread this challenge internationally.

There is no doubt that the Ice Bucket Challenge raised awareness and funding for the ALS Association. It also shows how the charity sector can benefit from activities that are fun and activate a wide network of family and friends. We may not be able to predict what the next big thing will be, but it will come and as marketers we want to maximise the benefit to our brand whenever possible.

In Australia, Motor Neurone Disease (MND) Australia is the name of the charity that provides support for what is known as Lou Gehrig’s disease or ALS Association in America. ALS is the most common form of MND. The Australian charity thanks 47,000 Ice Bucket challengers for donating over AUS$2 million.

This is great, but how many Australians have donated directly to the American charity due to being unaware that MND is the Australian charity associated with the Ice Bucket Challenge?  Could the number of supporters and funds raised be even greater if they had consistent branding in Australia and America? Or does everyone know that MND and ALS are one and the same, so it does not matter?

The Ehrenberg-Bass Institute recently conducted research (n=797) in the South Australian charity sector. We included the term ‘Ice Bucket Challenge’ to see what charity brands would be mentioned.

Around half of those surveyed (48%) associated the Ice Bucket Challenge with a charity, with most (40%) correctly identifying it with either ALS, MND or Lou Gehrig’s disease.

The problem for MND Australia is that it doesn’t hold a unique association with the Ice Bucket Challenge as it is also often linked to ALS. MND was associated by one in four-and-a-half and the American name was identified by one in five. The popularity of two charity brands with the one activity means that MND Australia has half the number of potential supporters linking their brand to the challenge.

This means that now and in the future its MND Australia branded campaigns will have fewer people making a connection with the Ice Bucket Challenge when deciding whether or not to support the charity.

Of course this would be much easier if charities had consistent branding. MND Australia is not the only charity that makes it difficult for supporters by creating distinct organisations and branding.

The movement away from the term ‘spastic centres’ provided an opportunity to build a larger brand across Australia with international linkages. Instead, in South Australia we now have SCOSA as one of 12 state and territory member organisations of the Cerebral Palsy Association. Novita Children’s Services and CARA also provide support and raise funds for people with similar disabilities.

This requires more precious resources for marketing activities to cut-through, but with so many charities it is difficult for supporters to quickly identify the causes they wish to support.

Be innovative in your marketing approaches and do whatever you can to build a bigger brand with unique associations that makes it easy for everyone to support you.

My challenge for charity marketers is to consider their brands as assets and not things to be updated and refreshed when new management arrives. No ice, and only one bucket required.

Dr Margaret Faulkner is a Senior Research Associate at the Ehrenberg-Bass Institute at the University of South Australia. She evaluates brand performance and advertising effectiveness for charities and commercial clients.