Managing expectations – why politicians want to be the underdog

Managing expectations – why politicians want to be the underdog 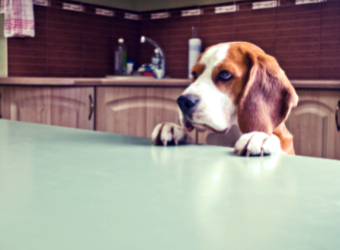 ‘We’re the underdogs’ is the all too familiar cry of politicians as they lumber through elections.

‘It’s going to go right down to the wire, the result could go either way,’ they suggest, despite extensive internal polling suggesting they should confidently be planning dinner parties at The Lodge.

Prime Minister Kevin Rudd has claimed, “Were an election called today, we’d lose,” and, far from crowing about it, Opposition Leader Tony Abbott has tried to look as if the polls in marginal seats were far tighter than they actually are.

At first this seems counter-intuitive: why would someone who wants to win suggest they are less likely to do so than their opponent? Why would they not boast of their popularity as evidence to justify your support? Why talk yourself and your prospects down?

The answer lies in the topsy-turvy world of expectations management.

Bill Bernbach of DDB made expectations work for his client Avis with the famous ‘We’re number two, so we have to try harder’ proposition. He gave a rational reason to expect superior service, and customers bought it.

In politics the rationale is less coherent. The key to understanding is to remember that the soft and swinging voter is being forced to vote and that many would not head to the booth if they didn’t face a fine for not doing so. These largely disengaged voters don’t support politicians, for them voting tends to be a negative rather than a positive deed. Their vote is an act of vengeance rather than a reward, and they believe that just about all politicians richly deserve punishment.

While an expert may be able to tell an American Cocker Spaniel from an American Water, a Boykin, Clumber, English Cocker, Welsh Springer or Sussex Spaniel, to the disengaged they are all just dogs. Disengaged voters see politicians this way, as essentially the same and not to be trusted. No matter who gets in, they are still going to be a dog.

Rather than selecting the best candidate, the disengaged voter often wants to punish someone. There’s not a lot of point kicking a loser, they get much more satisfaction giving the eventual winner the kick they so richly deserve. So if a politician looks like a winner, they risk getting a kick.

It gets a bit more complicated though. If that same politician looks like a total loser, soft and swinging voters won’t even use them as a vehicle for protest. So the trick is for a politician to look like someone who’s working hard, but going to come a strong second, the horse on the inside rail, just behind the pace-maker.

Watch out for careful expectations management as this carefully stage-managed and rather bland election draws closer, and disengaged voters start to consider who they will kick at the booth. Astute politicians will be managing perceptions of their chances of success at the polls, with a simple maxim in mind: if you want to win, whatever you do, don’t look like a winner.