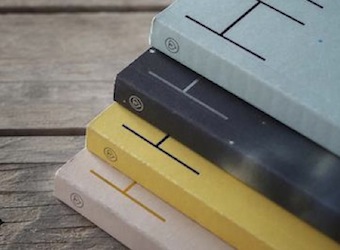 News Corp Australia’s Neil Robinson, who was recently appointed to the new role of director digital strategy and sales, says, “These products have been developed and built by our in-house team and are the first results of the significant investment we’ve made in our mobile studio capabilities.

“With traffic from smartphones and tablets now comprising over half of our digital traffic, our ability to develop custom and new mobile display products in-house will enable brands to connect with our highly engaged mobile readers at scale, quickly and easily.

“The new ad unit gives us the opportunity to provide a touch optimised experience that best utilises the key features of the handset such as GPS, camera, calendar and full gesture support in an impactful, full screen way,” Robinson says.

Automotive brands Mini and Audi are the first partners to utilise Spot Expander and Tablet Interstitial respectively, while TAB Corp was the first to use Adhesion Banner.

iHeartRadio celebrates nine months in Australia this month, and the worldwide music streaming phenomenon is going from strength to strength, as official statistics detailing registration, unique visitors, and user information, as well as exciting new launches and collaborations will  reveal.

Head of iHeartRadio, Geraint Davies says the official data shines a light on audience data and specific listening habits (including hours spent tuning in), and mirrors expectations of both brand recognition and audience numbers, thanks in part to recent iHeartRadio LIVE events.

“We have seen our best growth in registrations since launch, driven by the recent iHeartRadio LIVE Kylie Minogue and Ed Sheeran events held in Melbourne and Sydney. We want to continue to create as many opportunities as possible for iHeartRadio customers to physically interact with the brand, the music and artists they love”, Davies says.

Hitched Magazine to expand beyond weddings and become HOORAY!

From July, Hitched Magazine will become HOORAY!, a bi-monthly publication that will celebrate the art of entertaining across weddings, parties, backyard soirees and all of the other noteworthy events that punctuate our lives.

The decision to look at celebrations through a wider lens was spurred by reader feedback, says editor Renee Douros. “Our readers have told us they want ideas for other celebrations so we’re expanding our content to cover all of the good times in life.

“Readers like our style, originality and creativity. We will continue to provide the content they’ve grown to love plus much more,” Douros says.

To mark the change from Hitched to HOORAY! the new magazine will be illustrated by renowned Australian artist and designer Beci Orpin whose bright, distinctive, optimistic and creative approach is a perfect match for the transformed publication.

Since its launch in April last year, Hitched has attracted a loyal and growing readership, says its publisher Milkshake Creative, and in addition to its Australian circulation, the magazine is now distributed in 16 other countries including the United States, England, New Zealand, Canada, United Arab Emirates, Lebanon and China.

Outdoor media provider APN Outdoor is set to undertake the largest research study of its kind ever carried out within the OOH industry in Australia and New Zealand. The research piece, known as the ‘Attention Economy Study’, will uncover how audiences in nine major metropolitan Trans-Tasman markets move, think, feel and respond to outdoor advertising.

With a sample size of more than 6600, APN Outdoor has partnered with Millward Brown to carry out the study.

Incorporating both qualitative and quantitative research methods, the study goes beyond audience engagement with just outdoor and also considers consumption of other media. Further key components will be the examination of audience relationships with their smartphones and the related synergies between usage, behaviour and Outdoor advertising. It will also delve into key advertising categories, providing detailed insights on each.

The study is set to go into field next week, with results to be showcased in nation-wide road shows across Australia and New Zealand mid-year. Results will also be available by contacting an APN Outdoor representative. A range of ‘Attention Economy Study’ outputs will also be delivered to market regularly throughout the year.

Its publisher NewsLifeMedia is talking up the milestone, saying that over the last 12 months Vogue Australia has “continued its evolution as one of Australia’s most powerful multi-platform brands, leading the way in the media industry.”

Editor-in-chief Edwina McCann says, “When I joined the business almost two years ago, our Facebook likes were at 70,000 and Vogue Australia wasn’t on Instagram. Centralising our multi-platform approach was paramount for the brand and this is a fantastic testament to the Vogue Australia teams’ dedication to working as one brand across multiple environments and screens.

“Every day the team creates content that is entirely original from the magazine so that Vogue.com.au is a wholly new and worthwhile editorial experience. The website is updated at least ten times each day which is more than any other Australian fashion website. This makes it easy for our Facebook to be updated regularly with posts, which ensures that it’s always prominent on our followers news feeds.”

Ilsley replaces veteran presenter Graham Mabury, who announced his retirement last month after 33 years continuous years broadcasting on 6PR. Mabury will celebrate his long and successful stint on Nightline with a special final broadcast on the evening of 4 June between 8pm and 10pm.

Ilsley sats it was an honour to follow in Mabury’s footsteps and he was excited by the challenge of maintaining and growing the existing loyal audience. “Graham is a broadcasting legend and I’m humbled to be given this fantastic opportunity. It really is a great honour,” he says.

Mabury says he was thrilled to have Ilsley take over his shift. “Chris knows the Nightline audience and they’re comfortable with him. I’m confident I’m leaving the Nightline family in very capable hands.”

Armstrong, a senior broadcast and digital media executive with extensive global experience, will be responsible for the commercial operations of Australian Publishing Media, including The Sydney Morning Herald, The Age and The Australian Financial Review.

Prior to Viacom, Armstrong was the vice president of commercial and digital media at MTV Networks in Australia, where he was responsible for devising and executing the commercial strategy for Australia and New Zealand, driving channel distribution and ad sales, developing digital product strategy and identifying new business opportunities.

Armstrong has also worked as the commercial director for Nordic and emerging markets at Discovery Networks Europe and was also international sales manager at Two Way TV. He is nearing completion of an MBA from Edinburgh Business School.

Previous Article
Publicis and Omnicom to go their separate ways as merger is called off
Next Article
In the endless pursuit of happiness, our Earth has become a value proposition